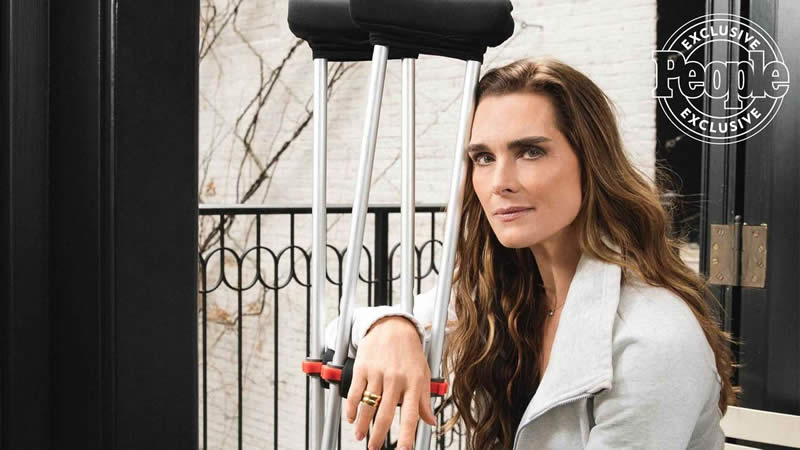 “It felt like it was all in slow motion. And then I just started screaming,” says Brooke Shields of her accident at a downtown New York City gym in late January, when she fell off a balance board, flew up in the air and landed with such force that she broke her right femur.

“Sounds came out that I’ve never heard before,” she tells PEOPLE.

Shields, 55, says the injury left her wondering if she’d ever walk again. So when EMTs arrived to place her on a stretcher, “survival kicked in,” she says, “so I kept saying, ‘I can feel my toes’ because I was so afraid I was paralyzed.”

She needed surgery to insert two metal rods, “one from the top of my hip down, and another across into the hip socket,” she explains. But after the broken portion of her right femur popped out, she immediately underwent a second surgery to add five rods and a metal plate to anchor it all in place.

“I never considered myself Zen,” she says, “but I realized with a certain calm that the rest is up to me now.

After two-and-a-half weeks in the hospital, she went home and developed a very serious staph infection which required her to return for emergency surgery on the IV site where she’d had three blood transfusions.

“At first they feared it might be MRSA [a type of bacteria resistant to antibiotics],” she recalls. “Thank God it wasn’t. If it had been, my doctor said it would have been a race against time. That’s how you can become septic. It seemed unthinkable.

While she was in the hospital, her husband, producer Chris Henchy, and daughters Rowan, 17, and Grier, 14, could not visit due to COVID precautions.

“I’ll never forget how hard the doctors and nurses worked and hearing their stories about COVID,” she says. “I have asthma but I kept thinking, ‘I feel blessed I can breathe.’ “

When she finally went home a second time, she was told, “Your road is just about to begin.”

Rather than once-a-day physical therapy, Shields asked for twice-a-day workouts. But then she realized, “for the first time in my entire life, I thought, ‘I can’t power through this,’ ” she recalls. “I can’t even stand on my leg or go up a step. I need to relearn how to even walk. The feeling of helplessness is shocking.”

“I’m the only one that’s going to be able to get through this,” she says. “My career has actually been like that as well. One door gets slammed in my face and I search for another. It’s not unlike how I felt when I wrote about postpartum depression in 2005. This is my journey, and if it took me breaking the largest bone in my body, then recovery is something I want to share. We have to believe in ourselves and encourage one another. There’s no other way to get through life, period.”