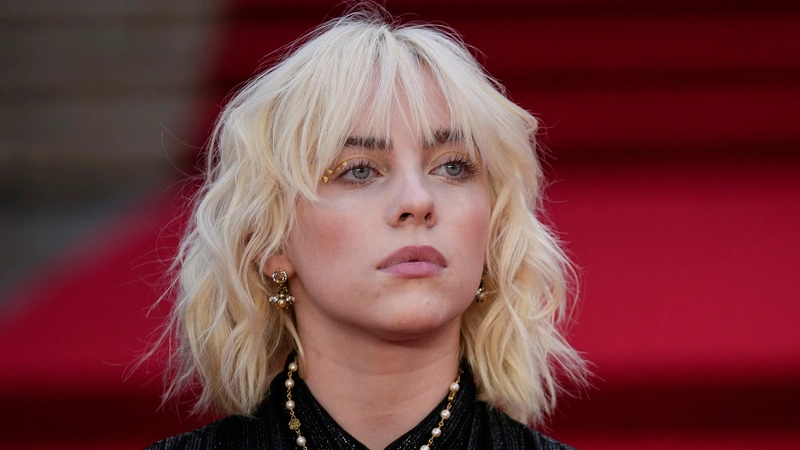 The 19-year-old LA-born singer will be the festival’s youngest solo headliner ever.

Billie will be the youngest female solo musician to headline the Glastonbury event, and the first female singer to headline since Adele took the prestigious spot in 2016.

Eavis disclosed on Instagram this morning, “We couldn’t be happier to announce that the wondrous Billie Eilish is headlining the Pyramid on Friday at next year’s Glastonbury Festival.”

She went on to say that she would be the “youngest solo headliner in our history,” referring
to Mark Hamilton of Ash, who was only 20 years old when he took the stage in 1997.

“This feels like the perfect way for us to return and I cannot wait!” Eavis said.

Billie previously performed at Glastonbury in 2019, where she played before a crowd of roughly 40,000 people, despite having been scheduled to perform in a 10,000-capacity tent just weeks before and was upgraded later due to her meteoric rise to fame.

Billie told her audience during her last performance at the 200,000-capacity Somerset event that she’d love to join in with festival punters, saying on stage: “This looks fun to go to – I would love to go to this shit, my God.”

The 19-year-old singer teased the announcement with an Instagram story of herself wearing a Glastonbury hoodie and captioned “2022”.

Topping the bill of the biggest UK festival, Billie is the sole act announced for the 2022 event so far. A poster released today only shows her name alone.

Next year’s Glastonbury Festival 2022 will take place from June 22 until June 26.

As per Mixmag, festival organizers attempted to conduct a smaller event on Worthy Farm during the pandemic, which was subsequently pulled. Coldplay and Damon Albarn headlined ‘Live at Worthy Farm,’ which was streamed live earlier this year.

Gigi Hadid Shares a Rare Selfie Weeks Before Her Due Date