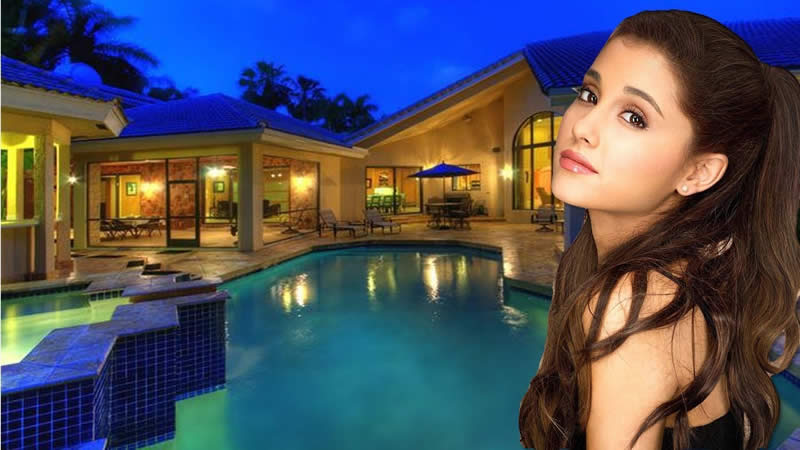 While many Americans have been in lockdown, pop star Ariana Grande has been quietly on a property spending spree, buying up two stunning, but very different mansions.

While many Americans have been stuck in lockdown, pop star Ariana Grande has been quietly on a property spending spree, buying up two stunning homes in California.

The award-winning singer spent a cool $19.6 million ($US 13.7 million) for a new Hollywood Hills home that features a stunning infinity pool, which looks out over the city of LA.

The pop star has for many years been living in a rented property above the mountains of Beverly Hills, but she has now decided to settle down and grow roots in the trendy neighbourhood known as Bird Streets.

The home is set across 930sqm, and has four bedrooms and seven bathrooms.

Situated above the iconic Sunset Strip, Ariana will now be able to call the likes of Leo DiCaprio and Keanu Reeves her new neighbours.

If they do pop over for a celebratory welcome-to-the-neighbourhood drink, they’ll be able to enjoy them on the private outdoor patio, perfect for dining and drinking.

The outdoor area also includes an L-shaped infinity pool, but there is little yard space.

Inside, on the other two floors, Ariana will be able to enjoy a gym, wellness centre with sauna, open-plan sitting and lounge room, private terrace, lavish bar and 300-bottle wine cellar.

One surprising feature is that the home sits on full display, with many of the rooms featuring floor to ceiling windows that are publicly visible from the street.

The home is also accessible immediately from the footpath, with an atrium that leads to an all-glass front door.

Far from being content with just one pad, the pop star has reportedly shelled out another $AU 9.7 million ($US 6.76 million) for the historic Porter House in Montecito, California.

The picturesque quirky English Tudor-style home is over 300-years old, and was literally taken from the English countryside and rebuilt in California.

For centuries, it stood as two separate barns in Surrey, England, until the 1980s, when some ambitious Californian disassembled the structures and shipped them to be reconstructed side-by-side, the property’s listing agent told Mansion Global.

Property gurus Ellen DeGeneres and Portia. de Rossi owned the unusual home for only a few months, snapping it up in January for $US3.6 million with the intention to restore and flip it.

Their work included integrating the two barns, previously known as “Porter Barn” and “Black Barn,” into a single house, while preserving much of the original character.

The renovations added a new modern kitchen, which is open to the dining and living rooms. Ms. Grande also gets to enjoy a sleek new laundry room, snack bar and study.

Kendall Jenner Is In So Much Trouble After Posting This Photo–What Was She Thinking?!