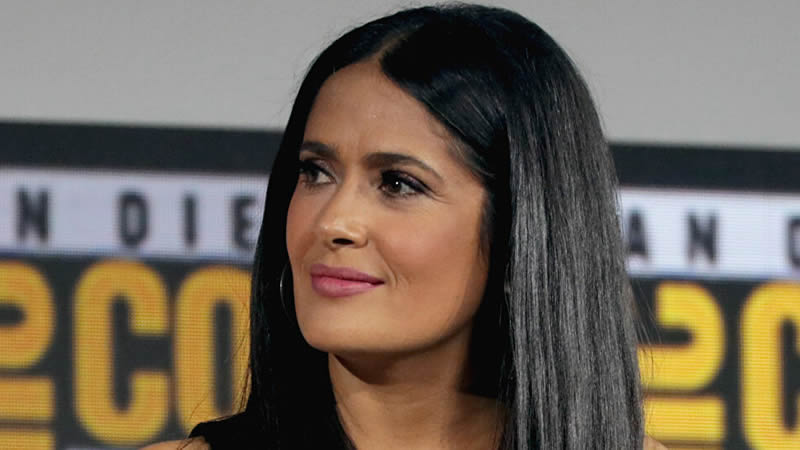 Salma Hayek is a 54-year-old goddess who still looks sexier and elegant than many youngsters today. Given that fact, no one in their right mind would cheat on a woman like her, but did you know, the actress once revealed she suspected her husband, François-Henri Pinault, of doing precisely that. Shocked?

It was during a 2017 interaction that the Eternals actress made this revelation. The actress stated that after seeing a message sent by a female and given her Mexican heritage, she lost her cool on her hubby dearest and questioned him about it. Though what’s funny about it is the ‘third person in their relationship was someone she never expected.

During an April 2017 appearance on The Tonight Show with Jimmy Fallon, Salma Hayek was asked how François-Henri Pinault was and which language they speak at home – she a Mexican, and he’s French. Replying to Jimmy, the Frida actress said that English is their Switzerland. She said, “We speak in English with very bad accents, I don’t know how my daughter doesn’t have a bad accent cause in the house it’s a disaster,” before adding that their daughter Valentino teases them, especially François.

Recalling the time she thought her hubby dearest was cheating on her because of English, Salma Hayek said, “So, about a year ago he said, ‘you know what guys, I’m going to get a dialect coach and I’m going to get rid of the accent before you who has been living in the States for like 67 years’ referring to me.” The Hitman’s Wife’s Bodyguard further said, “He never mentioned it again so I thought he didn’t do it.”

Continuing further, the 54-year-old Mexican beauty said, “A couple of days ago I’m texting someone and I see his phone, and there’s this message.” Slipping into her best ‘other woman’ voice, Hayek recited the text saying, “Hi, this is Elena, if you want to improve your English, you have to practice, do you want to practice now?” Shocked to read such a message, Hayek, a proud Mexican, said, “I’m Mexican, you know it doesn’t go well.”

Continuing explaining the incident, Salma Hayek said, “So I was so furious and I said well obviously she’s desperate, he’s not calling her you to know, should I say something? I trust him, I won’t say anything. Four hours later, we’re eating, I’m cool, I go hi baby, everything is okay and then I go, who the hell is Elena!”

While François-Henri Pinault initially denied knowing any Elena and chalking it to be one of her cousins, Salma said, “You tell that Elena that I speak English and you can practice your English with me because she sent you a message.” Hearing this statement, François eventually realized the text was from a language app he’d downloaded called ELSA and corrected her. While all’s well between them, the actress still added, “His French accent is still very strong, so ELSA doesn’t work.”

Check out Salma Hayek making the revelation in the throwback video here:

6 Tips to Give Yourself a Fresh New Look