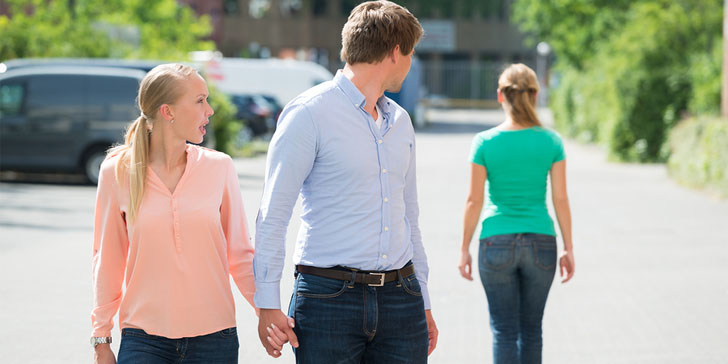 If you are looking for a serious relationship then you may have to invest some time in finding the ideal mate. It’s easy to look gorgeous, turn heads, and find a toy boy for a fun night out. However, when it comes to winning a man’s heart, it’s not as easy.

After all, you’re competing against his mother, his ex-girlfriend, and all of his celebrity crushes to be the “most important woman in his life.” Part of this journey to love and marriage is to determine what exactly your man is looking for. This is a two-part discussion. Firstly, you have to consider what men look for in women in general.

They admire a woman who takes care of her figure and makes an effort to look good for him.

No man wants a woman who’s always negative, discouraging his ambitions, putting him down and being overly critical.

Despite what all the romantic clichés suggest, a man does want a strong woman who speaks her mind. However, he wants to meet a confident woman who is on his side and mind it being confident is not a bad thing, provided you are tactful.

A woman who doesn’t do anything, believe in anything, or dream of anything is a bore. It’s no coincidence that many rich men have wives who are activists, who want to make the world a better place. This is idealism that can win a man’s heart.

What men look for in women is a partner who can be equally smart. This means you can talk about philosophy, lifestyles, social issues, and someday maybe even controversial issues like religion and politics. What matters is that you are well read on these subjects and able to speak your mind clearly and maturely.

An independent and employed woman is always a plus, not only because she’s confident in herself, but also because there is an equal balance of power. He doesn’t own her, she doesn’t need him. They are simply together because they enjoy each other’s company. Some men will stay clear of women who are looking to marry just so they can become a permanent housewife.

While all of these other factors are definite pros, a woman who is close-minded, argumentative and always highly-strung (or “high maintenance”) is never a pleasure to be around.

This is not always a “requirement” but if you have no interest in sex or have no “wild side” to you, he will be slightly disappointed. Men want sex…yes, it’s a well-guarded secret (well not really!), but something you ought to know!

Perhaps the only thing a man fears more than an angry partner (or a sexless spinster for that matter) is a woman who lies. If he can’t trust you, what kind of relationship can the two of you hope to build? Never lie, even if it means telling him something he doesn’t want to hear. This will quickly establish your honesty—a wonderful quality.

Or more specifically, playful. What men look for in women is a playful quality; a woman who doesn’t take herself too seriously and enjoys having fun in life. At the end of the day, it’s not all about your career or your spiritual adventures. Sometimes it’s just about slowing down and having fun with someone that you really like.

What men look for in women is, to some extent, a general “package” of feminine qualities. However, you also have to consider what each individual man is looking for—the quirks and the traits that he finds attractive. Surprise, surprise—men are not all alike!

What Men Look for in Women: A Soul Mate! Men sometimes look for partners like:

While men’s biological needs are similar, be prepared to spend some time getting to know your lucky guy and figuring out what makes him tick. Pay attention to what he says and learn his desires, values, and needs. He will be amazed at how well you know him…all because you did your research on what men look for in women. GOOD LUCK!

10 Bags That Every Woman Should Own