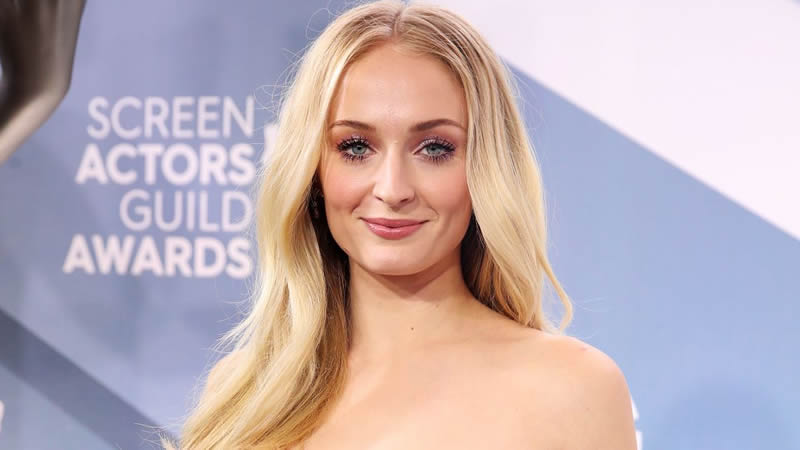 SOPHIE TURNER has left fans wondering if she could be bisexual after sharing a post to celebrate Pride on her Instagram stories.

Sophie Turner, 25, has sparked speculation about her sexuality after sharing a cryptic Instagram post to celebrate Pride. The Game Of Thrones actress shared her excitement over the occasion, as she posted a statement that read: “It’s MUTHA***ING #pride month babaaaay.”

The Sansa Stark actress also added different animated stickers to the post that said “Time isn’t straight and neither am I” and “Move, I’m gay.”

Others messages she added to the post read: “Bi Pride,” and “Gay pride”, alongside a rainbow.

“Sophie turner reminding everyone she’s bi via about twenty insta story gifs, we love to see it,” said another (sic).

While a third wrote: “Waiiiiit a damn minute.. is this Sophie Turner coming out as bi ?? Nothing but respect for the queen in the north.” (sic)

The star is married to Joe Jonas and the couple welcomed their daughter Willa in July last year.

In the past, Sophie has spoken on how the couple always likes to swap and share their clothes, which makes it difficult when it comes to laundry day.

She shared: “The hardest thing in my life is organising the washing, because I have no idea whose is whose.

During lockdown, the Game Of Thrones actress has spent most of her time wearing baggy clothes, but is now looking forward to rediscovering her fashion identity, this time as a new mum

Sophie continued: “I’m excited about embracing fashion again, I’ve been dressing up for myself.

“It’s actually really annoying though because just as I’ve had a baby, everyone all of a sudden wants to wear low-rise jeans. It’s kind of offensive!”

“Because I’m a mum, I’m desperate to be cool now. So I’m trying to go with baggy tops and baggy jeans,” she added to Vogue.

Sophie and Joe began dating in 2016 after being introduced by mutual friends.

The following year the Jonas Brother singer proposed with a £150,000 diamond ring.

They tied the knot in a surprise Las Vegas ceremony after the Billboard Awards, which was watched on Instagram Live by fans.

Sophie’s career since Game Of Thrones has also gone from strength to strength, as she has just signed on to star in HBO Crime series The Staircase alongside Colin Firth and Toni Collette.

The star will play the adopted daughter of Colin Firth’s character, real-life accused killer Michael Peterson, in her first role since becoming a mum.

Prince Harry Is Tangled In His Own Untrue Stories