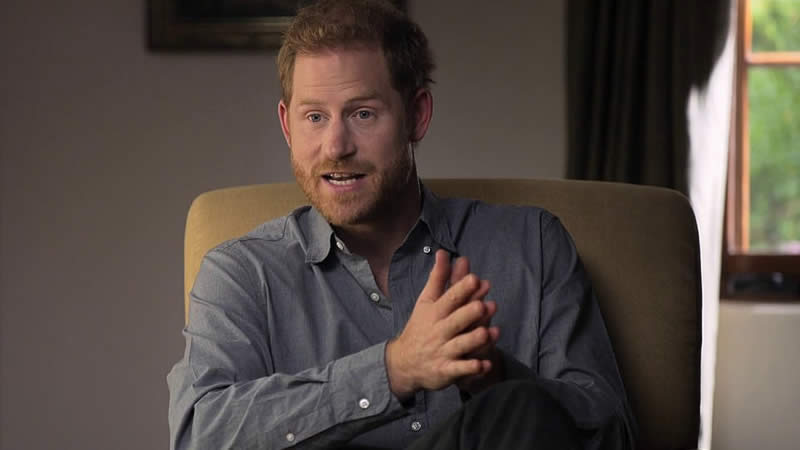 The most shocking and disturbing interview of Duke of Sussex and Duchess of Sussex was with Oprah Winfrey. During her stay with the royal family, she planned to commit suicide before seeking help because she was told that it doesn’t look appropriate to get help.

Prince Harry admits he is “ashamed” of his response to Meghan’s mental health battle in the video.
Meghan said that she first felt “ashamed” to tell Harry, but she was conscious that to not tell her husband would put her in a weak position.

“I was ashamed to say it at the time and ashamed to have to admit it to Harry. But I knew that if I didn’t say it – then I would do it. I just didn’t want to be alive anymore. That was clear and real and frightening and constant thought,” Meghan revealed.

Now, in the new episode of Harry’s new series with Oprah, The Me You Can’t See, The Prince exposed how he dealt with the disclosure and how it has prepared him to handle those kinds of conversations in the future.

“So many people are afraid of being on the receiving end of that conversation because they don’t feel like they have the right tools to give the right advice,” Harry stated.

“But what you [want] to say is “You’re there”. Listen, because listening and being part of that conversation is, without doubt, the best first step that you can take.”

In January 2019, before an engagement at Royal Albert Hall, reflecting on the moment Meghan told him she had suicidal thoughts, the Prince confessed he is “ashamed” of his response.

“I’m somewhat ashamed of the way that I dealt with it,” Harry revealed.

“And of course, because of the system that we were in and the responsibilities and the duties that we had, we had a quick cuddle, and then we had to get changed to jump in a convoy with a police escort and drive to the Royal Albert Hall for a charity event.

“Then step out into a wall of cameras and pretend as though everything’s okay.”