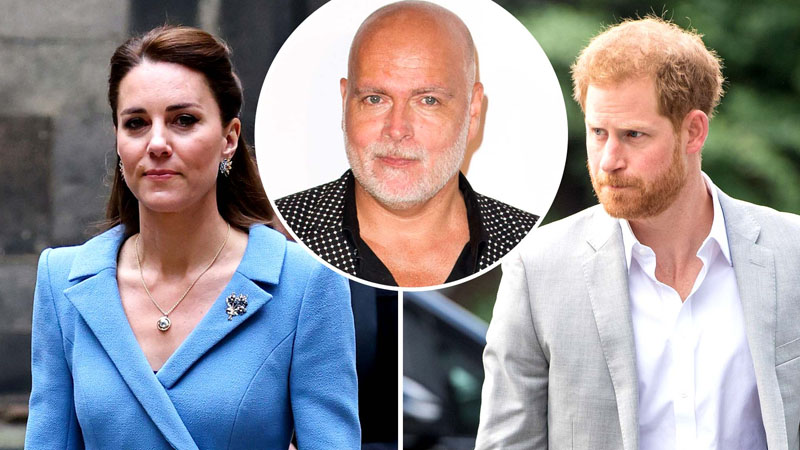 Kate Middleton’s uncle Gary Goldsmith is once again giving his opinion on the royal family, speaking out about the ongoing tension between the Sussexes and the Cambridges.

According to the details, Gary Goldsmith claimed in an interview published by Closer Magazine on Tuesday, that the Duke of Sussex, 36, needs to “get a grip” before his feud with William, 38, ends up going too far.

“If you want an easy life, work it out privately and have a conversation respectfully. Don’t air it in public, it’s really hurtful,” Goldsmith said. “The harsh truth—in my opinion—is that if Harry doesn’t get a grip and stop this self-indulgent episode, there will soon be no common ground or relationship to rebuild.”

The Ibiza-based recruitment consultant said everyone has been left ‘astonished’ by Harry’s outbursts, which include accusing the Royal Family of racism and neglect in a series of interviews with Oprah Winfrey.

He continued: “But if anyone can bring peace to the royals, Kate can. Kate is a brilliant arbiter and peacemaker. Every bone in her body is about making friends and doing the best she can… She’s trying to mediate.”

Gary observed how his niece was trying to improve relations between William and Harry at Prince Philip’s funeral in April. The trio were once a close unit, and Gary said Kate is trying to go what she can to make things right. “You could see at the funeral that Kate was there trying to make peace, bringing the brothers together,” he said.

“Harry and Kate were great friends, they were a trio with William and a strong unit. Family and relationships are everything to Kate – she’s very nurturing, she wouldn’t like that [rift] happening and she is trying to look after her husband and do what she can to make things right.”

These comments by Kate’s uncle came just weeks after Prince Harry continued to open up about his experience prior to his royal exit as part of his new mental health docuseries with Oprah Winfrey, The Me You Can’t See. Goldsmith, 56, also noted that he is “worried about” Harry, who also spoke recently about his past panic attacks, drug use and drinking.

‘Kate’s uncle’s remarks arrive as a petition gains pace to have Prince Harry’s titles removed. Surprisingly, it was none other than Lady Colin Campbell who began the petition,’ reports ED!.

It has a goal of 75,000 signatures. However, currently over 50,000 angry royal fans have signed. The petition says that Prince Harry losing his titles would “thereby free him from the diplomatic, political and constitutional constraints that are an inevitable part of royal rank”.

It adds: “It would free him from the constitutional conflicts which his beliefs are creating. And with all their implications at home and abroad.”