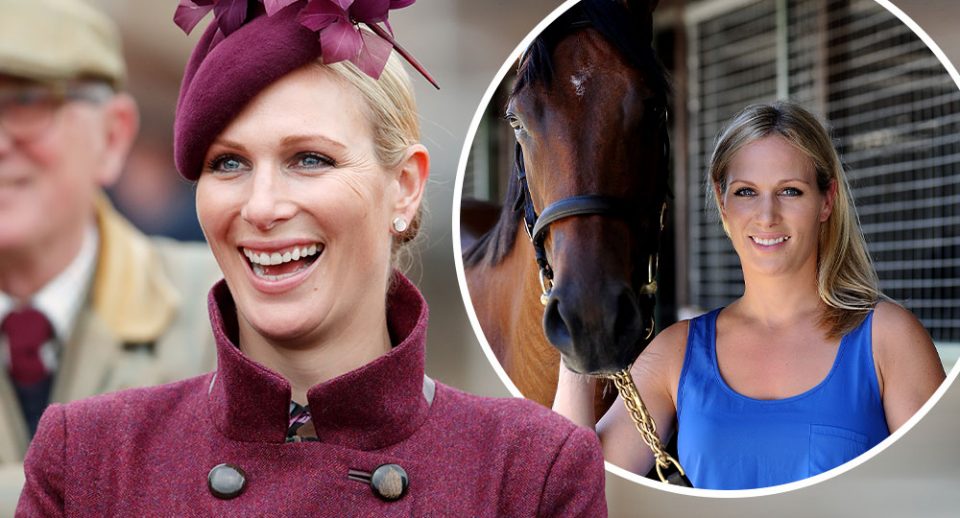 Despite growing up within the royal family, Zara Tindall appears to have always relished being able to live a relatively low-key life.

Rather than working as a senior royal with the demanding public schedule that entails, the 39-year-old has built a successful sporting career as an equestrian, which she juggles with promotional work and life as a mum.

Now Zara’s father-in-law has confirmed the one-time Olympian is delighted not to have grown up with the heavy burden of being a princess.

He added that it had meant Zara and her older brother, Peter, were able to “live their own lives”.

It’s not the first time that Zara has made it clear how grateful she is for not being given the burden of a royal title like her cousins, Harry, William, Beatrice and Eugenie.

Her life would have been “very different”, she revealed last year.

“My parents didn’t give me or my brother titles, so we’ve been able to have a slightly more normal upbringing,” she said.

“As soon as you have got a title, it is very difficult to shed it. I’m very lucky that both my parents decided not to use the title. We grew up and did all the things that gave us the chance to do.”

Zara’s father Captain Mark Phillips broke with tradition when he turned down the offer of a title from the Queen upon his 1973 wedding to Princess Anne.

The Queen then offered a courtesy title to their children but Anne declined in the hope it would allow them to have a more normal upbringing than other royal children.

She recently explained how she still has no regrets for this choice.

“I think it was probably easier for them, and I think most people would argue that there are downsides to having titles,” Anne revealed to Vanity Fair.

The Queen’s former press secretary Dickie Arbiter has also spoken about how he believes Anne made the correct choice.

“It was a masterstroke of the Princess Royal,” he said two years ago. “Growing up as a commoner allowed Zara to thrive as her own woman and there has never been any pressure on her to conform. She has benefited from it in all sorts of ways.”

Despite enjoying the many privileges of palace life, these days Zara doesn’t consider herself a royal.

“I am perfectly happy as I am,” she says.

“But then, they’re my family, so obviously I kind of am.”

She does, however, still feel the pressure of being part of the royal fold and struggles with the scrutiny that comes with that.

“I don’t think you ever get used to the attention,” she’s admitted. “You’ve just got to try to learn to deal with it.”

But while Zara’s royal links means she’s often in the public eye it has also helped her gain lucrative brand ambassador deals.

She has partnerships with companies such as Rolex and Land Rover, and last year it was revealed she also had a controversial but high-paying role as a non-executive director for advising Hong Kong tycoon Johnny Hon on horse racing.

Now Zara says that the way she’s managed to build her life as a sort-of royal is about finding a balance.

In 2015, she explained, “You get to a point where you want to build your own boundaries, and try and keep what you can to yourself.”