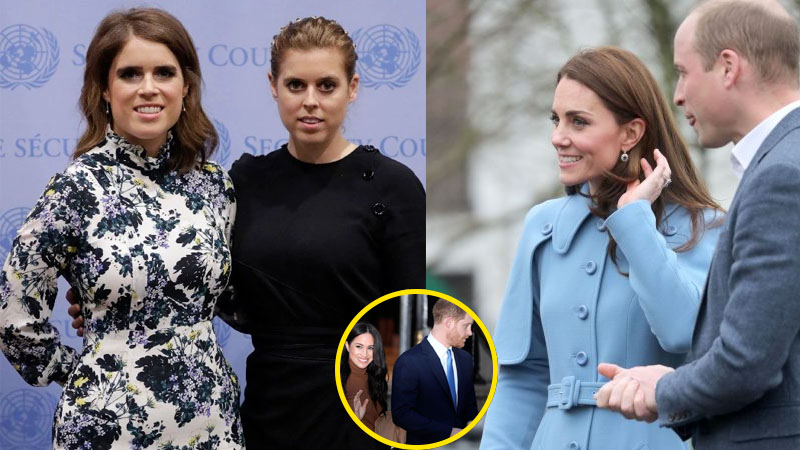 The British royal family may appear prim and proper to the public, but they’ve faced their fair share of controversies over the years. No one really knows about what goes on behind palace doors…

According to the details, in its June 7 issue, New Idea claimed that Princess Beatrice’s first boyfriend was a convicted criminal and she didn’t know anything about it. Yes, you read that correctly. Princess Beatrice previously dated a convict.

In 2006, the royal was romantically involved with a man named Paolo Liuzzo, who was convicted of assault and battery. Liuzzo was arrested for manslaughter after severely beating a man to death. However, the manslaughter charge against him was later dropped, and he did community service instead of serious prison time.

Her younger sister, Princess Eugenie was also reportedly involved in a scandal years ago after she was photographed naked back in 2008.

Meanwhile, Kate Middleton also has a cousin who worked as a stripper and Katrina Darling even appeared on the cover of Playboy magazine. However, the tabloid apparently just involved the Duchess of Cambridge in their long list of scandals even though she had nothing to do with it.

In 2017, Prince William also made headlines after he danced with an Australian beauty while on a Swiss ski trip. An onlooker claimed that the Duke of Cambridge drank too much and danced nonstop with a bikini model, Sophie Taylor.

The sight was allegedly so shocking because Prince William appears to be quite serious whenever he’s out in public. And to make things worse, he was already married to Middleton for six years at the time.

Of course, his younger brother, Prince Harry has also had his fair share of scandals. He reportedly had a fling with The Real Housewives of D.C. star Catherine Ommanney while he was dating his ex-girlfriend, Chelsy Davy. Ommanney is 13 years older than Prince Harry and was dubbed a cougar because of their flirtatious relationship.

Meghan Markle and Prince Harry’s Oprah interview was not ‘appropriate,’ says Prince Albert: ‘It did bother me’