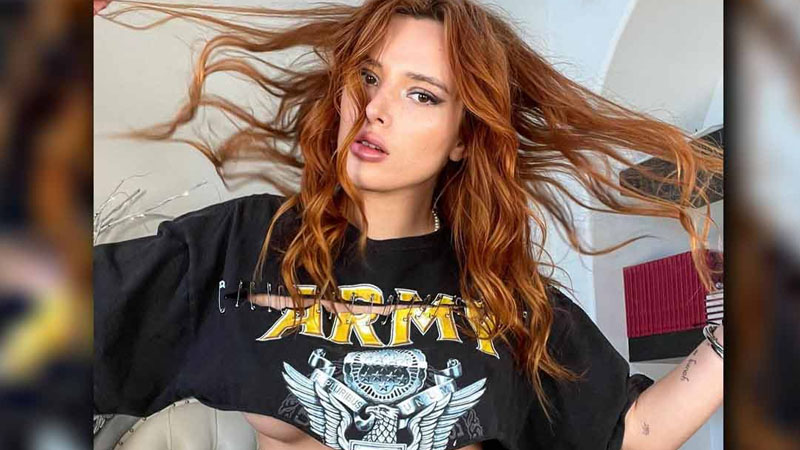 Bella Thorne is one of the most controversial Hollywood celebrities. The former Disney star once opened up on how she was s*xually abused at a very young age of 6 and the reason why she didn’t go to the cops. The actress wrote her story in her book titled, “The Life of a Wannabe Mogul: Mental Disarray.”

Bella Thorne also revealed the condition she was suffering from – Stockholm syndrome where the victims bond with their captivators. The former Disney star further wrote, “Putting trust or love into your / captor because it’s the only way you can deal with the situation in front / of you.”

Thorne continued and wrote, “The only way I could deal with it I guess is by loving it / loving this cruel nature of his. Hating what he was doing to me / but trying to convince myself that I loved it.”

The actress called herself ‘selfish’ for not doing anything to stop the abuse and wrote, “I was letting it happen to me. / I wasn’t kicking his teeth in. So how can I sit here / and write this and do nothing about it. / because / I / am / selfish.”

In the second half, Bella Thorne explained why she didn’t go to the cops and wrote, “I don’t want to sit down with the cops and convince them I was raped many times / why should I have to convince someone I was taken advantage of?”

Back in 2018, the beauty penned an emotional note on her Instagram where she spoke about her s*xual abuse and wrote, “I was sexually abused and physically growing up from the day I can remember till I was 14..when I finally had the courage to lock my door at night and sit by it.

All damn night. Waiting for someone to take advantage of my life again. Over and over I waited for it to stop and finally it did. But some of us aren’t as lucky to get out alive. Please today stand up for every soul Mistreated. #timesup”

The “Lie” of Prince Harry That Prince Charles Is Financially Cutting Him Off is Exposed By Government Accountants?