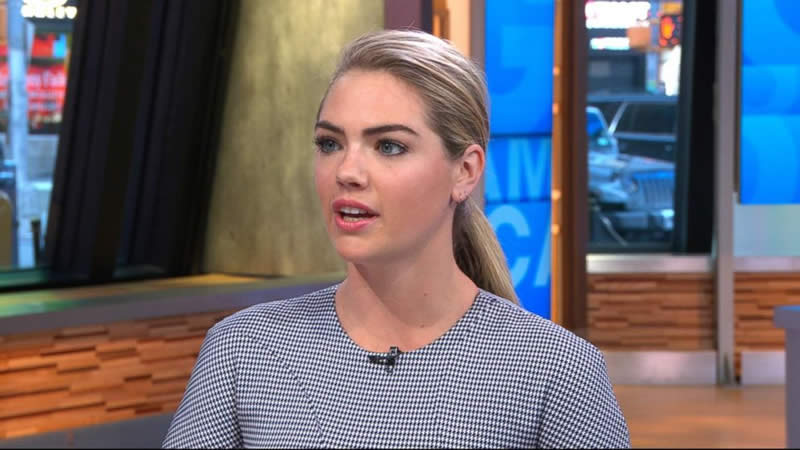 On March 11, the health and wellness enthusiast posted a super sexy #TBT on the ‘gram that showed her outfitted in a racy one-piece cut way above her hipline. Stretching luxuriously in a chair by the water, Kate’s bronzed bod was oiled up to perfection. We’re in awe.

Keep scrolling for her look–which we’re already planning to emulate the next time we’re poolside!

Kate and her high-cut swimsuit originally appeared in a 2012 issue of Vogue Spain, shot by Miguel Reveriego and styled by Belen Antolin. The tangerine one-piece flaunts her golden glow and shows lots more skin than it covers up! (We’re even getting a peek of underboob in addition to an eyeful of her endlessly long legs.)

The model followed up on her high-fashion photoshoot with a second image that showed her sprawled on a yoga mat in bright orange leggings, probably post workout. The two pictures are similar … sort of.

Kate hilariously compared the pair of them in the caption of her post, writing, “Stretching my legs #fashion vs #covidreality.” LOL!

Her fans, clearly amused by Kate’s sense of humor, ‘liked’ the image carousel over 91K times and chimed in on the comments. “Bahahahaha cracking up,” one user wrote, while another commented that, “This is so me after an intense workout.”

One of our favorite things about Kate’s social feeds is that she’s totally down to earth and conscious of the fact that striking a pose in couture is not a routine activity. That said–when she is decked out in designer wear, she looks like an absolute bombshell!