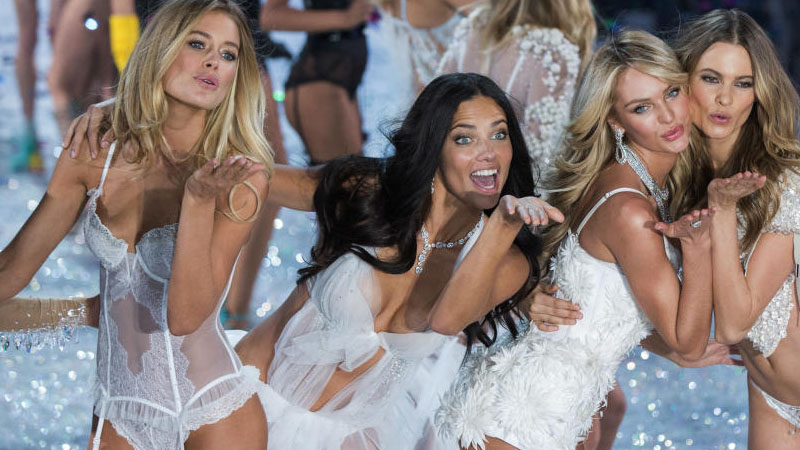 LGBT activists and women’s rights defenders replaced the supermodels. During 25 years, Victoria’s Secret brand canceled its annual Victoria’s Secret Fashion Show for the first time in 2019. In the last few years, the catwalk audience has sustained to decay, as have the company’s sales.

The fashion experts credited this to the statistic that the brand is despondently behind the new cultural agenda and no longer meets the ideals of modern women. In 2021, Victoria’s Secret rethought its position in the market and relaunched itself.

The brand was launched in the 70s of the last century as a lingerie brand. They took a long time to define sexuality especially at the turn of the 90s and noughties, when his faces, the so-called angels, were such successful models as Adriana Lima, Tyra Banks, and Gisele Bundchen.

In 1982, when businessman Leslie Wexner owned the company for only $1 million, and two years later, Victoria’s Secret sales reached $500 million. By the early ‘90s, the brand was making $1 billion annually and had known as an American empire of retail underwear stores.

Its first annual fashion show was held in 1995 which featured supermodels in lingerie and angel wings on their backs. It was a big hit that has attracted millions of viewers. It was a television in 1999.

Though, new era new strategies. Women of the new generating have a different outlook that was previously considered “attractive.” Many brands have already relaunched their brand to earn money, making them more inclusive and body-positive. However, Victoria’s Secret failed to keep up with the trends.

According to Women’s Wear Daily, which is a popular magazine that gives useful analyses about the fashion industry, in December 2020, Victoria’s Secret’s shares went down in the United States, and were only 19%, while in 2015 this figure reached 32%.

“It was very short-sighted not to consider how the culture has changed over the last decade, especially after the MeToo era. Today’s customers want to see themselves in advertising, and they want to know that brands have some kind of value system,” CNN quotes Chantal Fernandez, senior correspondent for The Business of Fashion.

Last, the brand finally came to an end to change its marketing strategy and relaunched itself.

Now Victoria’s Secret will be represented by the so-called VS Group (VS Collective). No more supermodels but seven women of different races, different physiques, as well as sexual and gender identity. The models are chosen based on their achievements and public position.

“These outstanding individuals with unique experiences, interests, and aspirations will work with us to create breakthrough products and inspiring content, new internal programs, and to mobilize and support women in the issues that matter most to them,” the company said in a press release.

“This is a very radical change for our brand and our new identity,” said Victoria’s Secret chief executive Martin Waters. In addition, he told The New York Times that the famous angels-former models of Victoria’s Secret are obsolete.

As for the annual fashion show, the brand promises to relaunch it in a new form in 2022.

Victoria’s Secret’s 180-degree changed has been observed over the constant criticism. In the last few years, they were accused of out-of-date ideas about femininity, and their collection is just for limited figures. Moreover, they have been criticized in an interview with Vogue that he did not consider it mandatory to include “transsexuals” in the annual Victoria’s Secret show held since 1995. But in 2018, they decided to hire the first transgender model, Valentina Sampaio, who has now become part of VS Collective.

The renews. live stated, “Despite the new marketing strategy, it is unlikely that Victoria’s Secret will be able to quickly restore the lost positions. Today, the company has to deal with very high competition in its segment. Savage X Fenty (singer Rihanna’s line—up), Aerie American Eagle, ThirdLove, and CUUP-all of these brands position themselves as inclusive brands. Now buyers have more alternatives than they had in the late ‘ 90s, and Victoria’s Secret will have to keep up with the times again.”

“This is a dramatic change for a brand that most recently sold underwear from men’s fantasies, and in recent years has come under suspicion because of its owner’s possible relationship with sex offender Jeffrey Epstein, as well as amid revelations of a misogynistic corporate culture filled with sexism, mischief, and ageism,” the authors write in The New York Times.

At the same time, the brand is known that can allow them an active promotion of the product. It has almost 1.5 thousand stores around the world and about 32 thousand employees.

As per Cynthia Fedus-Fields, a former executive director of Victoria’s Secret division accountable for the company’s collection, although “it’s probably time for the angels to leave,” the new organization will have to see a balance between moving forward and retaining existing customers.

“If this was a $7 billion business before COVID-19 and most of that $7 billion was built on this overtly sexual approach, be careful what you do,” she was quoted as saying by The New York Times. Only the upcoming sales reports will be able to show for sure whether it is enough to hold a promotion with bright ambassadors to win back the trust of women.

The Royal Family Deliberately Breaking Ties With Harry, Meghan, and Kids Due To New Drama