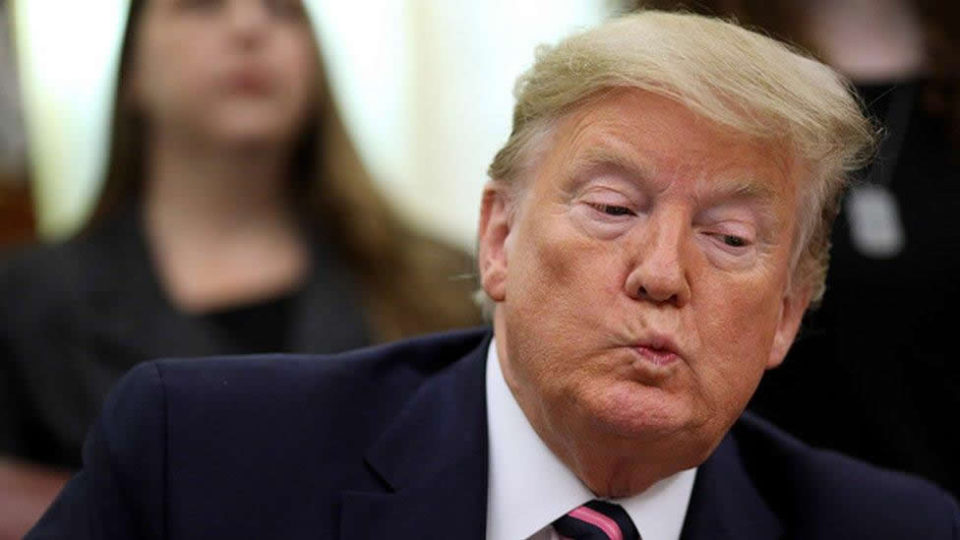 In the clip, Trump is standing at a podium in a Mar-A-Lago ballroom and recounting a visit to North Korean dictator Kim Jong Un.

“He’s not big on press coming in. I don’t think he’d ever done it before,” Trump said, as first reported by The Uprising’s Hunter Walker (video, via Women for Trump, below).

“And the press came in and they were rough, not so much with him — even not so much with me — but the way they poured in, physically they tried to push guards down. And fortunately, these were North Korea guards. They didn’t get pushed down.”

“It was a rough kind of a day for the press,” Trump noted.

Trump has a history of joking about violence against journalists, protesters, and political opponents. Maggie Haberman of The New York Times offers a different recollection of the events the former president is referring to in his remarks.

She notes on Twitter that the confrontation with North Korean security occurred when his then-press secretary, Stephanie Grisham, pushed to ensure that the White House pool could have access to the leaders to observe what was happening.

The video was posted on Instagram by a pro-Trump account on Saturday. However, based on the former president’s attire, the ballroom decorations, and other clips posted on the account, it seems to be from Trump’s appearance at a “Lincoln Day” fundraiser for the Republican Party of Palm Beach County that was held on April 17.

The shaky footage shows reporters and White House aides rushing by North Korean guards through the lobby of the meeting venue as guards try to obstruct their progress.

Backlash grows against Meghan Markle, Harry in the U.S. as Americans tire of their trash-talking of the royal family