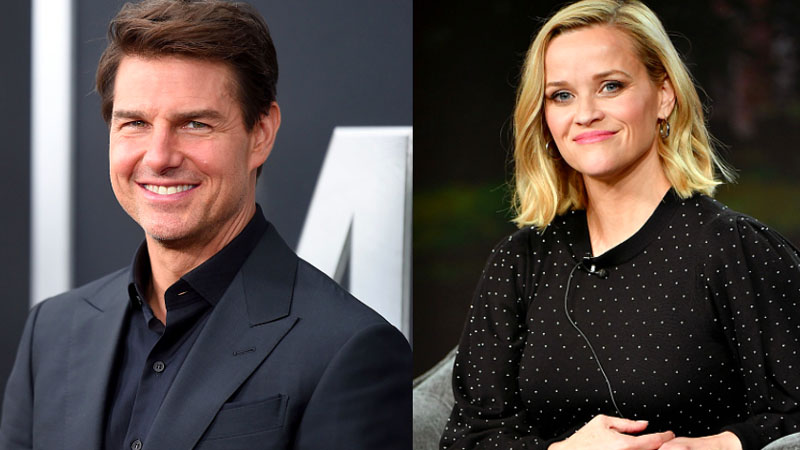 If the rumor mill is to be believed, Tom Cruise is hoping to work with Reese Witherspoon, much to his ex-wife Nicole Kidman’s chagrin. One year ago. We’re going to see if anything has changed.

There were a lot of issues with the National Enquirer story claiming Cruise sought out Witherspoon to “reinvent himself as something more than an action star.” The story claimed Cruise was “laying it on a bit thick” in his offer to Witherspoon. She supposedly felt a little freaked out, a single alleged source claimed, as working with Cruise promised to upset Kidman.

Cruise allegedly chose Witherspoon because of how Kidman’s career was helped by collaborating with Witherspoon. Kidman’s friendship would be in jeopardy though, as Kidman has “confided in Reese how miserable Tom made her.” Witherspoon was apparently seriously considering the offer.

That entire story was extremely far fetched. Gossip Cop busted the tabloid because Cruise is content to work within the action realm. We’re still waiting for Top Gun: Maverick to be released, but beyond that, he’s working on action sequels to Edge of Tomorrow 2 and Mission: Impossible 7.

While Big Little Lies has certainly been a boon in Kidman’s cap, it’s not as though her career was roughing it before collaborations with Witherspoon. Kidman was nominated for an Academy Award for Lion the year before Big Litle Lies launched. She is the architect of her own resurgence.

So Is Witherspoon Set To Work With Cruise?

Witherspoon is currently attached to numerous projects, perhaps the most exciting of which is Legally Blonde 3. Her production company is also working to adapt the bestselling novel Where the Crawdad Sings. Witherspoon is staying very busy, but none of her dozen-or-so projects involve Tom Cruise.

Hardly The Last Tabloid Story For All Three

The Enquirer has targeted Cruise, Witherspoon, and Kidman since this bogus article was busted. A few weeks ago this tabloid claimed Hugh Jackman had saved Kidman’s marriage. That’s just silly, as Kidman and Keith Urban are doing just fine.

The Wild star was accused of feuding with Gwyneth Paltrow over cookware, but Gossip Cop concluded there was little reason such a story should be believed. Speaking of Paltrow, she allegedly approached Cruise with hopes of a movie comeback, just like Cruise supposedly approached Witherspoon.

The Iron Man star does not need Cruise to save her movie career, just as Cruise doesn’t need Witherspoon to save his.

Paulina Porizkova on rediscovering dating and s*x in her 50s: ‘I’m not there to please the guy; I’m there to be pleased’