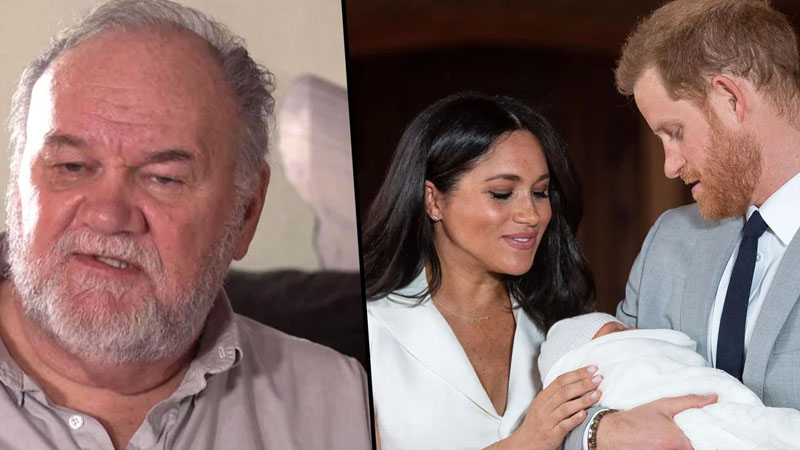 Meghan Markle’s father Thomas Markle, has pled to see her baby daughter Lilibet. Thomas Markle said that he will be “disappointed that I don’t get to hold my granddaughter” though his relation isn’t so good with the Duchess of Sussex. In a new upcoming interview, the 76-year-old too seemingly threatened to expose “dirty laundry”.

On Sunday, in a trailer for the 60 minutes Australia interview, which will air, the Duchess of Sussex’s father, Thomas says of how he heard about Lilibet’s birth: “No phone calls. I heard it on the radio.” He continues: “I haven’t spoken to her since two days before they got married. “I made one dumb mistake. I’ll be very disappointed that I don’t get to hold my granddaughter.”

In the trailer, Thomas warns: “You want dirty laundry? This is the first time I’ve discussed these things.” Thomas spoke up about the birth of his granddaughter Lilibet Diana. Meghan and Harry welcomed their daughter on June 4. Unfortunately, Thomas hasn’t met Harry or his grandson Archie, two.

Interviewing to The Sun, Thomas said: “I’m very pleased that my daughter and my new granddaughter had a successful delivery. “I wish them all my love and the best of luck.” However, despite Thomas’s pleas to mend their rift, an expert reckons there’s no chance of a reconciliation.

Despite his patch-up request with Meghan, an expert said this reconciliation cannot be done. Richard Fitzwilliams, the royal commentator told Entertainment Daily!: “Harry has never met him but there seems no chance of it foreseeably, especially given the interviews her father has given during the period of their estrangement.”

According to entertainmentdaily.co.uk, “meanwhile, Meghan has reportedly not spoken to her father since marrying Harry in 2018. Thomas was due to attend the wedding and walk his daughter down the aisle. However, he pulled out after undergoing surgery following a heart attack. Instead, Harry’s father Prince Charles walked Meghan down the aisle.