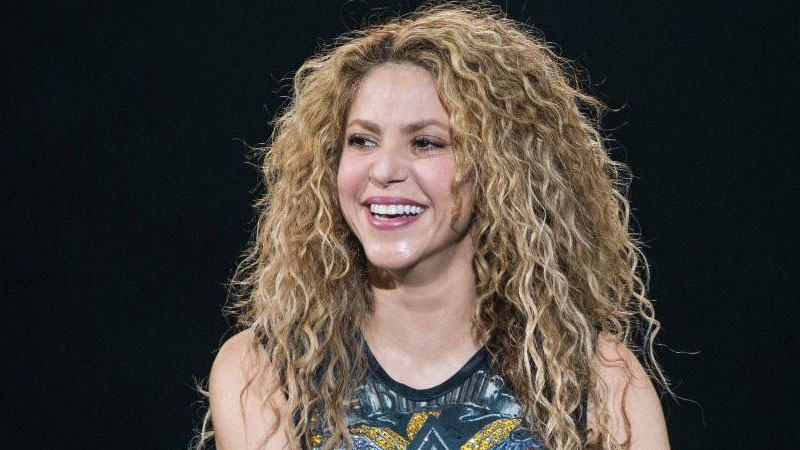 Pop icon Shakira recently looked back at the “worst mistake of her life” and it’s a haircut that she got back in 2012! In a chat with British Vogue, the Hips Don’t Lie singer, 44, recalled some of her past looks.

This particular look happened in Cannes, France in early 2012 where she was honored by the French Ministry Of Culture. The look Shakira spoke about was blonde with a shaggy bob cut and featured lots of layers.

When the haircut popped up on the screen, Shakira indicated she hated it! “Oh, how terrible! That’s a really bad haircut,” she said. “I took advice from my mother-in-law,” Shakira said, adding that her mother-in-law told her her hair looked really damaged and she should chop it.

She called the cut the “worst mistake of her life.” She then sent a message straight to her mother-in-law: “I’m not taking cosmetic advice from you again!” Back in December 2020, Shakira joined The Black Eyed Peas for a new music video for their collaborative single, Girl Like Me, that pays tribute to Latin women.

“I want a girl like Shakira/Esa latina está rica/I want a familia chica que sepa vivir y que viva la vida,” Will.i.am raps. In their respective verses, Taboo shouts out the highlights of Shakira’s career — “Your hips don’t lie, they rock me” — and Apl.de.pl references both Tejano icon Selena and Brazilian pop star Anitta. In the music video, the Peas rap around various larger-than-life set pieces, while Shakira dances and shows off her skateboarding skills.

Burglary at Ellen DeGeneres’ Home was an ‘inside job’