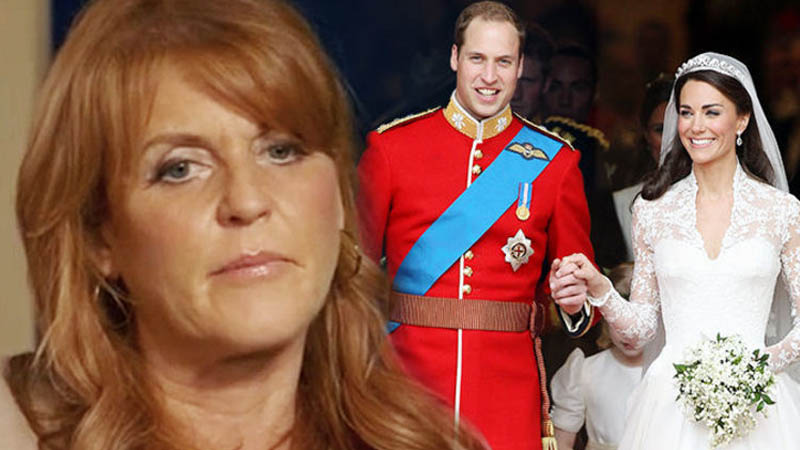 Sarah Ferguson is speaking out about Prince William and Kate Middleton’s refusal to invite her to their wedding in 2011.

The Duchess of York, 61, was conspicuously absent from her nephew’s wedding in April 2011 at Westminster Abbey in London. She, on the other hand, is unconcerned about not receiving an invitation.

Ferguson stated in a new interview that she didn’t appeal the decision because she didn’t think she was “worthy” of attending the wedding of the second in line to the British throne. Instead, she decided to get out of the situation by taking a trip to Thailand.

Ferguson told Town & Country in an interview published Monday, “I didn’t think I was probably worthy to go to their wedding.” “Actually, I moved myself to Thailand to get away from it all and attempt to heal.”

The wedding of Prince William and Kate Middleton took place during a difficult moment for the duchess, according to Harper’s Bazaar. She was exposed for selling “access” to her ex-husband, Prince Andrew, a year before the wedding, and was captured on film making a £500,000 ($690,000) deal.

The 2011 event, however, was attended by Prince Andrew and his two daughters, Princess Beatrice and Princess Eugenie.

She declined to comment on Prince Harry and Meghan Markle’s choice to leave their royal duties during the interview, but she did express her opinions on how Princess Diana may feel if she were still alive.

Ferguson remarked, “I feel Diana would be so proud of her boys… and she’d be so pleased of her grandkids.”

She wasn’t invited to the Duke and Duchess of Cambridge’s wedding, but she was present when Prince Harry and Markle married in Windsor Castle’s St. George’s Chapel in May 2018.

“It was extremely sweet of them,” she said of the Sussexes on “Good Morning Britain” in November 2018, adding that hearing the crowd roaring during her arrival at the event was “quite extraordinary.”

“I can’t thank them enough for doing that since it was nerve-wracking,” she concluded. ‘Are they doing it for me?’ I wondered as I looked about. Then someone said, ‘Fergie,’ and the old Fergie reappeared.”

Ferguson wasn’t the first person to mention the two royal weddings. She said she was “honored” and “grateful” to witness the ceremony, even if she wasn’t invited to the reception given by Prince Charles, in an interview after attending Prince Harry and Markle’s big day.

She, too. Brief News from Washington Newsday.