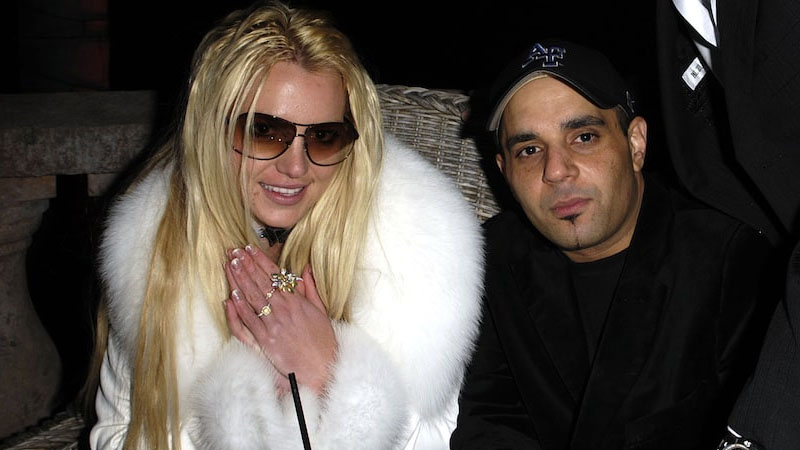 The pop star’s former manager apologized after listening to her bombshell testimony against her conservatorship. Sam Lutfi apologized to Britney Spears, admitting he “failed” the pop star during his stint as her manager. Taking to Twitter on Tuesday amid Spears’ conservatorship courtroom battle, Lufti issued the mea culpa.

“Just sitting here listening to that court recording, if she hates me after she’s free I won’t blame her,” Lutfi wrote, referencing her shocking testimony against the conservatorship, which she called abusively.

“I failed her,” Lutfi continued. “I was supposed to protect her from all this, I let her down and we both paid dearly for it – – head in hands.. I’m so sorry.”

Lufti became a controversial figure in the “Toxic” hitmaker’s life after taking over as manager in 2007. Spears’ parents, Jamie and Lynne, blamed Lufti for her public breakdown in 2008, the same year the conservatorship began, and obtained a restraining order against him.

He, in turn, claimed his innocence and filed a defamation suit against the family in 2009, which was settled confidentially in 2016. In 2019, the restraining order, which alleges Lutfi caused Spears “severe mental trauma,” was renewed for five years.

Although he appears on the outs with Spears and her orbit, Lutfi has hopes the global icon will regain control over her personal and financial life, as a judge ruled on Wednesday that she can obtain her own lawyer in her fight to end the conservatorship.

“This is a premature celebratory post but for now there’s a new sheriff in town and heads are about to roll,” Lutfi said Wednesday in a follow-up to his apology post. “The war may be coming close to ending but the healing is a tremendous journey that has yet to even begin. God bless the entire army. I love all of you.”

The tweet contained an emotional video of Lutfi saying, “She did it…. finally.”

5 Ways to Look Younger Without Surgery

Kris Jenner opens up on her relationship with ex Caitlyn