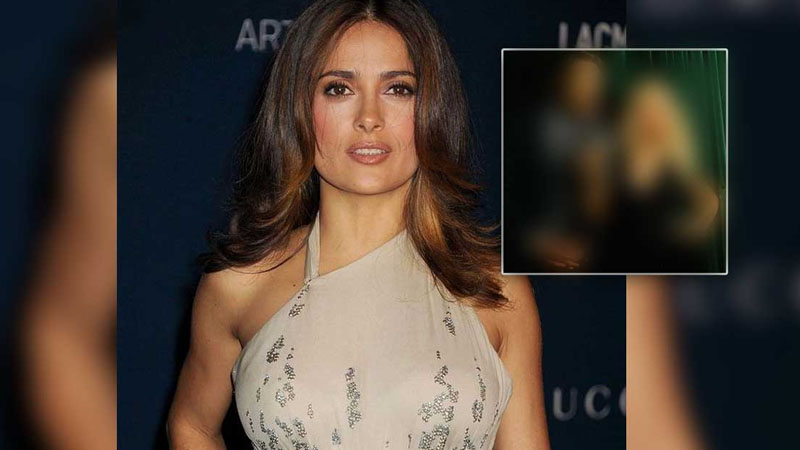 Ryan Reynolds leaves no stones unturned when it comes to making fun of his friends. From Hugh Jackman to his lovely wife Blake Lively – the Deadpool actor has time and again trolled them on social media. But guess what, actress Salma Hayek trolled Reynolds brutally and gave him the taste of his own medicine.

It was last year when Ryan was celebrating his 43rd birthday and Salma poked fun at her Hitman’s Wife’s Bodyguard co-star. Salma Hayek took to her Instagram to share a picture with Ryan Reynolds with a funny caption that read,

“Yes, Ryan, I am using your birthday to post this picture where I don’t look so bad, while you look all beat up, and also I’d like to take this opportunity to remind you that you were gonna send me some Aviation gin for MY birthday AND THAT WAS ALMOST TWO MONTHS AGO… If you want to see more pictures of yourself, please look at my stories… oh, and Happy Birthday by the way.”

The tables have certainly changed.

Later, Salma Hayek wished Ryan on his last birthday with a series of pictures including Samuel L Jackson where she cropped the Deadpool actor and wrote, “Happy birthday to one of my dear friends, Ryan Reynolds.”

“Love sharing the screen with you,” she continued.

Haha, we are waiting for what Ryan Reynolds has in store for Salma Hayek’s next birthday.

Meanwhile, on the work front, the Deadpool actor will be next seen in ‘Free Guy’. Recently, Dwayne Johnson expressed his experience of working with the actor in ‘Red Notice’ and called him his best co-star, according to a source close to Daniel Richtman, reported by We Got This Covered.

Watch Kendall Jenner Prank Her Family by Pretending She