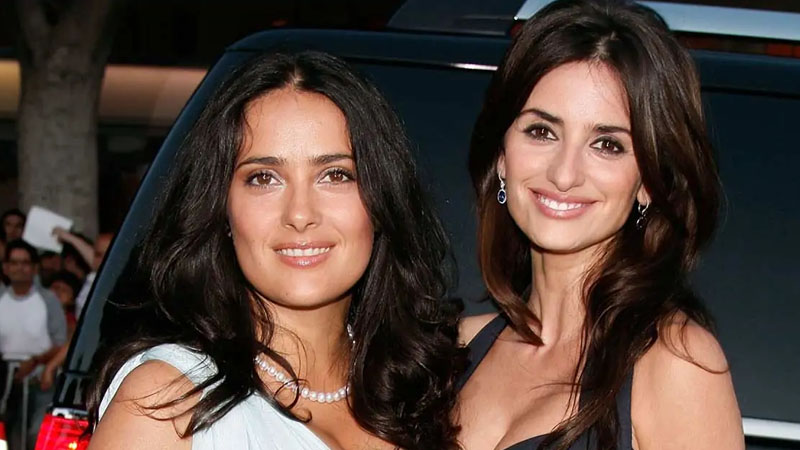 Salma Hayek and Penélope Cruz have been best friends since Cruz shifted to the US from Spain. And for those of you who don’t know, that happened in the early 2000s which makes their bond even stronger as the two have been BFFs for almost two decades now.

However, both Salma Hayek and Penélope Cruz weren’t affected at all when their dating rumors started surfacing online. In fact, during one of the press conferences, while promoting their film Bandidas, Cruz grabbed Salma’s as*, and that came as a surprise to all their fans.

According to Australia’s Courier-Mail, Cruz said, “I grabbed Salma’s ass just to keep things moving because everyone was a little slow.” The 47-year-old actress added, “And, of course, the energy changed when I did that.”

Salma Hayek who hails from Mexico revealed the rampant reporting of her lesbian relationship and said, “There are magazine covers in Mexico describing us as these lesbians because of that. A lot of people were saying we were lovers.”

Meanwhile recently Salma revealed to The Sunday Times how her BFF Penélope Cruz was upset with her after she didn’t confide in Harvey Weinstein to her and said, “Some people were very angry at me, like Penélope [Cruz], but I was protecting her.

I kept my eye on their interaction and he never went for her. They [Miramax] were making the best movies. She didn’t have my problem, and if I told her it would have affected her choices of things that would have been good for her career.”