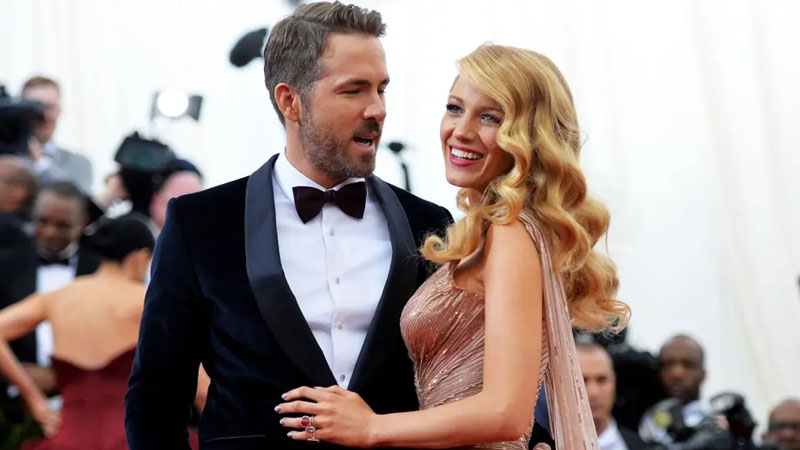 Ryan Reynolds and Blake Lively celebrated ten years of marriage on Saturday night by dining at their favorite restaurant, o ya in Boston. They each took to Instagram to share the experience with their fans, but in different tones.

The couple first met in 2011 on the set of the ill-fated film “Green Lantern” before getting married a year later.

Ryan, as predicted, took a more lighthearted approach to the celebrations, first joking on his Instagram Stories that Blake was having dinner at their “favorite restaurant” with her “4th favorite person.”

But his little joke wasn’t what caused him to have to repost the same picture, with a correction.

Of course, he could interpret this as a straightforward statement of fact. After all, they are the parents of three lovely young daughters. In his wife’s devotion, he could do worse than to line up just behind them. But it wasn’t his little joke that forced him to repost the same picture, with a correction.

It turns out he overlooked something important. We’ll forgive him if the limited screen proportions resulted in an unintentional crop, which he probably didn’t even notice, but he clearly got corrected.

“Posting this again because I cut out my wife’s cute earrings. She trained me better than this. Sorry if I let anyone down.”

He superimposed his apologetic phrase over his face, which is hilarious, but it’s still not an appropriate photo of the happy couple in its whole. However, the photo of the earrings is fantastic!

Blake thankfully made up for her husband’s shortcomings with her own shared pictures to her IG Stories. She also chose sincerity writing alongside an image of Ryan outside the restaurant,

“If it weren’t for this place, we wouldn’t be together.”

According to the source Too Fab, Blake then shared a full picture of the happy couple together, showing off their casual style and her incredible earrings and – as she noted importantly – their “much more comfortable shoes” than the first time they hit up o ya.