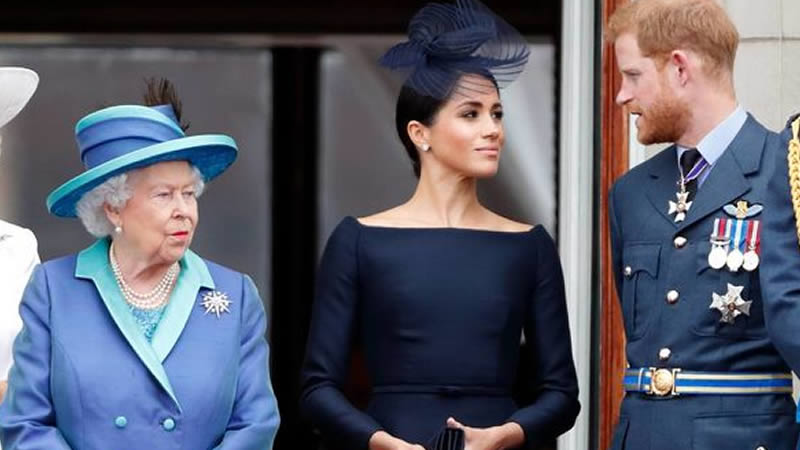 THE QUEEN should remove Meghan and Harry’s royal titles over their multi-year deal with Netflix, according to an overwhelming majority of readers.

Our exclusive poll found a staggering 96 percent (9,335 people) thought the couple should be stripped of their Duke and Duchess titles as a result of their newly-signed agreement with the streaming giant. Just four percent (408 people) thought Meghan and Harry deserved to keep their titles even though they were pursuing commercial ventures while 76 people said they didn’t know. A total of 9,819 readers took part in the online survey which ran between 3pm and 9pm on Saturday.

One furious reader said: “I believe the monarchy is threatened if the Queen and Parliament don’t act to sever official ties with this pair.

“What they do in private as a family is not our concern. But to be allowed to retain titles or have positions in the Commonwealth on the back of political posturing, affiliation and anti-UK activity is abhorrent.”

Another said: “It is ironic that they didn’t want to do the work of royals but are happy to trade on being a royal.

“If they weren’t they would never have got a contract from Netflix or anyone else for that matter.”

Another angry reader said: “At this rate Harry should be given an ultimatum – renounce your titles and remove yourself from the line of succession or be stripped of it.

“However he tries to deny it, he would not have got deals like this without the name of the royal family behind him.”

And another said: “Consequences. They still haven’t learned that actions have consequences. Like children, but worse.”

The controversy erupted when Meghan and Harry made the bombshell announcement they had struck a long-term deal with Netflix to make a range of programmes.

Harry’s documentary about the Paralympic Games, Rising Phoenix, is currently available on Netflix.

And Meghan previously teamed up with Disney to narrate Elephant, which was a documentary about the species for its Disney nature outlet.

But now they plan to create content for millions of viewers across the world that “gives hope”.

The couple said: “Our focus will be on creating content that informs but also gives hope.

“Our lives, both independent of each other, and as a couple have allowed us to understand the power of the human spirit: of courage, resilience, and the need for connection.

“Through our work with diverse communities and their environments, to shining a light on people and causes around the world, our focus will be on creating content that informs but also gives hope.

“As new parents, making inspirational family programming is also important to us, as is powerful storytelling through a truthful and relatable lens.”

A royal insider revealed the Queen was not aware of the deal until informed by aides.

The source said: “Her view is simple: the royals are not for sale and danger surrounds high profile roles outside of the institution itself.

“But knowing her grandson Harry as she does, the Queen will know there would have been little chance of talking Harry and Meghan out of it.”

Honey better for Coughs and Sore Throats than Conventional Medicine

The US comes to Meghan Markle’s defense: ‘You hurt our girl!’