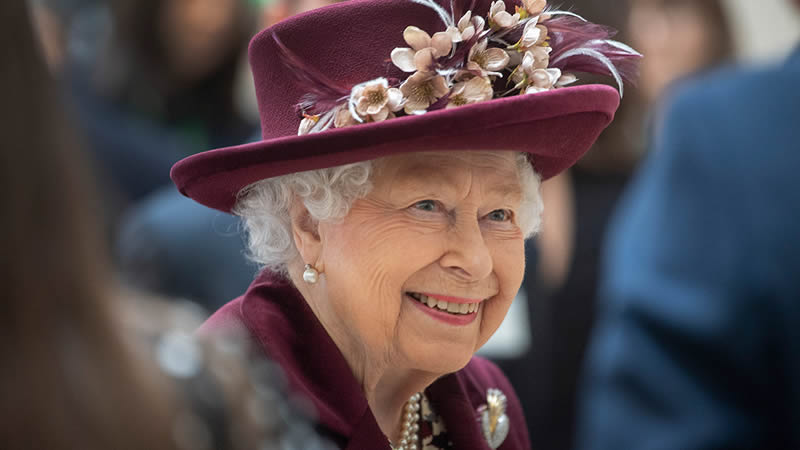 Queen Elizabeth II is the longest-reigning queen in British history and she is the 40th monarch since William the Conqueror. But, as a letter she wrote in 1945 indicates, the young princess had a lot more to her even before taking the throne.

Queen Elizabeth, who is now 95 years old, has had a long and fascinating life. During her reign, she has traveled more than any other queen, making 261 formal visits abroad to 116 different countries, including 96 state visits. She is a mother to four children, a grandmother to eight, and a great-grandmother to six in the Royal Family.

However, there is one noteworthy chapter of the Queen’s life that has long been forgotten, and a letter seen by Express, handwritten by the young Princess Elizabeth in 1945 when she was 19 years old, sheds some light on it.

The letter has now been sold on auction, but the information it contains is remarkable.

The letter is signed “Lilibet,” the Queen’s family nickname, and is dated April 24, 1945, just days after her 19th birthday, and is written on with a Buckingham Palace letterhead to “Mary.”

The significance this letter holds comes from its indication of how the Queen felt about one of the most determinative periods of her life: the years of World War Two and her service in the Auxiliary Territorial Service.

Many children in London were evacuated to avoid the frequent aerial attack after Britain entered the Second World War in 1939.

One senior politician advised the King to take Elizabeth, who was 13 at the time, and her younger sister Margaret, who was 9, to Canada.

However, Elizabeth’s mother refused, stating, “The children won’t go without me. I won’t leave without the King. And the King will never leave.”

As a result, the two Princesses were relocated to Balmoral Castle, Sandringham House, and finally Windsor Castle, where they remained until the end of the war.

Elizabeth went out to make her contribution as soon as she was old enough, and was appointed as an honorary second subaltern in the Auxiliary Territorial Service with the service number 230873.

She trained as a driver and mechanic before the war ended in 1945, and was given the rank of honorary junior commander alongside Winston Churchill’s daughter.

This stint gave the Queen some of her most impressive hidden talents: being the only monarch ever who can change a spark plug and a tyre.

The 1945 letter sees the Queen telling her friend how she’d “just finished a mechanics course in the ATS which I found most interesting.”

More: Harry and Meghan may not be able to christen Lilibet in front of the Queen

She wrote: “I’ve never worked so hard in my life before, as everything I learned was brand new to me – all the offices of a car and all the intricacies of map reading.”

“But I enjoyed it all very much and found it a great experience.”

On Victory in Europe Day, at the end of the war in Europe, Elizabeth and Margaret famously slipped into the street and mingled anonymously with the joyous crowds in London’s streets.

Later, in a rare interview, the Queen said: “We asked my parents if we could go out and see for ourselves. She stated:

“I remember we were terrified of being recognized… I remember lines of unknown people linking arms and walking down Whitehall, all of us just swept along on a tide of happiness and relief.”

The Queen retained the expertise she gained in the ATS after the war.

She has always had a passion for cars and is known for driving herself around her country’s estates.

In reality, the Queen is the only person in the United Kingdom who is allowed to drive without a license or a number plate on her vehicle.