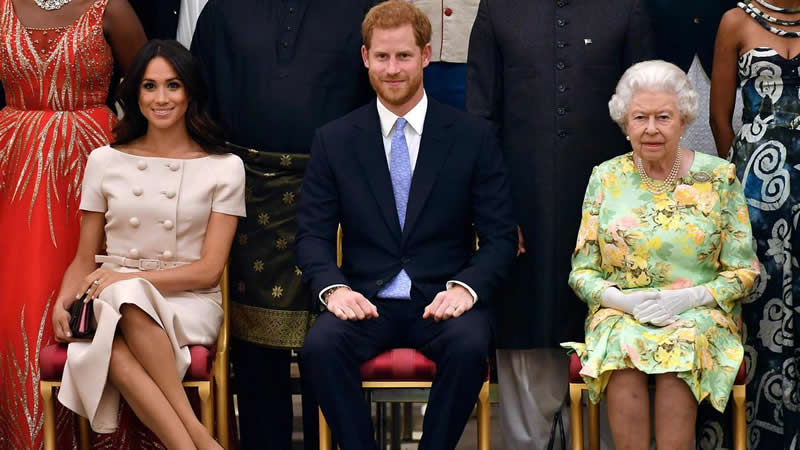 National Enquirer reported Queen Elizabeth is influencing the other royal members to ask Harry and Meghan to keep their mouths shut.

An insiders said the queen gave the Sussexes an ultimatum to shut up or else she will use all sources to keep them silence.

The source claimed “Her Majesty has humiliated her grandson and his wife by ordering them to shut up or face the consequences. She is exasperated at the relentless briefings by allies of the Sussexes with the royal family having no way to respond. Well, that’s all changed. She will no longer remain silent when Harry and Meghan allow mistruths to circulate. Now the royals will retaliate.”

Moreover, it is being said that monarch still hasn’t gotten over Prince Harry and Markle’s falsehood about their new daughter, Lilibet Diana or Lili.

The Duke and Duchess, supposedly, make known to their daughter to the queen via a video call. However, the source claimed that no such overview took place.

“That meeting never happened! But the lie was the last straw. It sent the queen over the edge. Her Majesty was already reeling from false statements she’d approved Harry and Meghan’s use of Lilibet for two-year-old Archie’s newborn sister. She did not,” the source said.

The situation had been made deliberately worst by leaking the Duke and Duchess’s conversation with the other members of the family. And the queen just couldn’t accept this behavior from the Sussexes.

“Harry and Meghan better shut up or Her Majesty will expose the cruel lies they peddle to boost their Hollywood image,” the source said.

Well! Thefasioncentral.co.uk investigated the claim made by micky.com.au and concluded that the queen has never spoken her views about Sussex’s interviews and the baby girl’s name, just like the way she never expressed her political views in her whole life. Thus, nobody knows, how does the Queen thinks about the matters.

Princess Diana, ‘A Free Bird’: The Life After Divorce

Kate’s Taped Conversation With Meghan, Soon To Be Released!