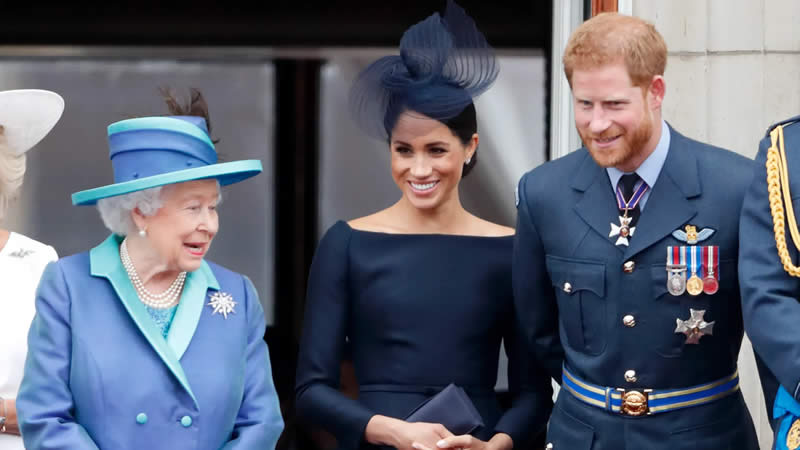 QUEEN ELIZABETH II is to strip Prince Harry of his three military patronages – including his beloved appointment as Captain General of the Royal Marines – one year after Megxit.

The Queen’s mind is set on not allowing Prince Harry to retain his three honorary military titles if he is no longer a full-time working royal, senior palace sources have suggested. This means the monarch will likely finalise the decision to take these patronages away from the Duke of Sussex at the end of the 12-month review of the so-called Megxit deal, at the end of March.

The Queen left the door open for one year to a possible return into the royal fold of Meghan Markle and Prince Harry.

But, as the Duke and Duchess of Sussex appear content with their new life in California, the monarch will reassign these positions to other senior royals, the Daily Express royal correspondent Richard Palmer has reported.

Among the royals tipped over the past months to take on one or more of these roles there are Prince William and Princess Anne.

The final decision lays with the Queen, as noted by one defence source.

They said: “These appointments are entirely a gift of the Queen.”

The 12-month review was put in place in January last year to allow both parts to reconvene and re-discuss the terms of the Megxit agreement if they were unhappy with it.

However, Mr Palmer wrote it will likely be a low-key meeting, unlike the summit which took place at Sandringham in January last year during which Meghan and Harry’s exit deal was flashed out.

A source said: “There’s not much to discuss”.

During the meeting at Sandringham on January 18 2019, Prince Charles appeared keen on pursuing a deal closer to the half-in, half-out solution detailed by Meghan and Harry in their bombshell statement announcing their decision to step back.

However, the Queen put her foot down and decided it was impossible to allow the Duke and Duchess of Sussex to become financially independent while representing the Crown.

The Duke of Sussex voiced his disappointment in the wake of the Sandringham summit.

Speaking during a charity event in honour of his organisation Sentebale, he said: “What I want to make clear is we’re not walking away, and we certainly aren’t walking away from you.

“Our hope was to continue serving the Queen, the commonwealth, and my military associations, but without public funding.

“Unfortunately, that wasn’t possible. “I’ve accepted this, knowing that it doesn’t change who I am or how committed I am.”

Following the March review, Prince Harry is set to lose his appointments as Captain General of the Royal Marines, which he inherited in 2017 from Prince Philip, Honorary Air Commandant of RAF Honington in Bury St Edmunds and Commodore-in-Chief, Small Ships and Diving, Royal Naval Command.

Meghan Markle is ‘out the picture’? Royals can go back to normal