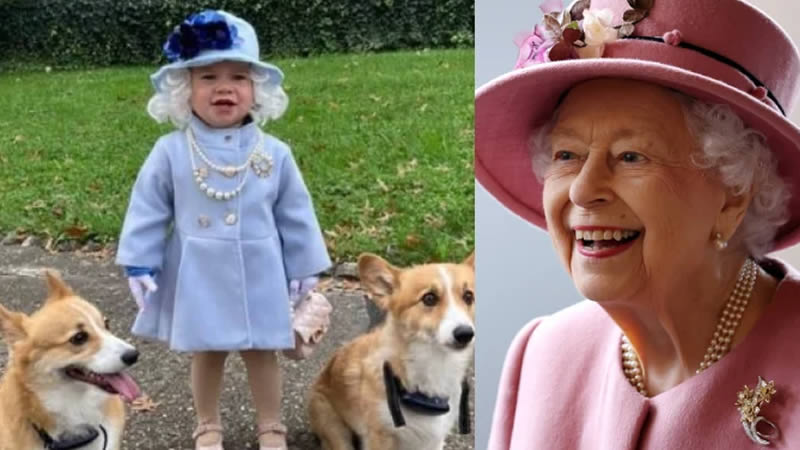 Jalayne Sutherland, a one-year-old daughter from Ohio, has captured royal attention after dressing up like Queen Elizabeth II for Halloween last year. Katelyn Sutherland, Sutherland’s mother, had submitted her adorable images to the Queen.

The Queen, to her surprise, responded to her letter and wished the little girl a Merry Christmas, according to PEOPLE.

Queen’s lady-in-waiting, the Hon. Mary Morrison wrote to the family, “The Queen wishes me to write and thank you for your letter, and for the photograph you thoughtfully enclosed,” Morrison wrote, according to Today.

“Her Majesty thought it kind of you to write to her, and The Queen was pleased to see the photograph of your daughter, Jalayne, in her splendid outfit.” Jalayne can be seen wearing the monarch’s distinctive pearl necklace, a light blue jacket, a matching wide-brimmed hat, a purse, and a handbag. Jalayne even posed with two corgis, as the Queen is known to adore the breed.

Morrison continued in the letter, “Her Majesty hopes you all have a very Merry Christmas, and I am enclosing a little information about the Royal Pets, which Jalayne might like to have.”

Jalayne proudly poses with the letter from Windsor Castle, where the Queen, 95, has been residing for most of the coronavirus outbreak, in a photo acquired by Today. Jalayne even donned her costume hat and white wig.

Meanwhile, in other news, despite canceling her usual Christmas vacation to Sandringham owing to a rise of COVID-19 cases in the United Kingdom, the Queen was joined by her son Prince Charles and his wife Camilla, Duchess of Cornwall for the holiday at Windsor Castle.

In her Christmas Day address, she paid tribute to her late husband, Prince Philip, who died in April at the age of 99.

Meghan Blasted for ‘whining’ by her Father