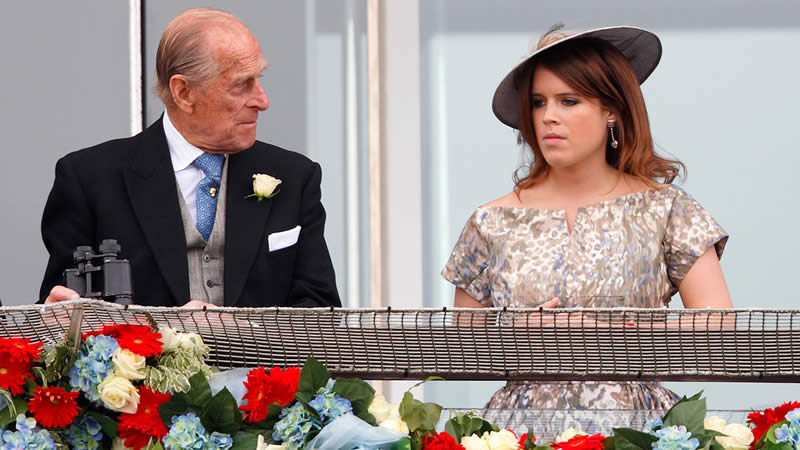 In the BBC One documentary, Prince Philip: The Royal Family Remembers, Princess Eugenie the 31-year-old royal revealed that the late Duke of Edinburgh gifted her with a painting of a bunch of flowers that he had painted himself as a wedding present.

As per Hello! magazine, she added, “It was so nice, it’s now sitting in my house in London and I’m so proud of it, you know?”

Eugenie married Jack Brooksbank in October 2018 at St. George’s Chapel in Windsor, with the Duke in attendance.

In honor of her grandfather, she named her son August Philip Hawke, who was born in February. August is Philip and Queen Elizabeth’s ninth great-grandchild.

Philip passed away on 9th April at the age of 99. His funeral was held in Windsor eight days after his death.

Philip’s 100th birthday celebration, which would have occurred in June, was originally planned to be the subject of a BBC One special. It was, however, altered after his death. It now includes interviews with his family that were recorded before and after his passing.

His four children with the Queen, Prince Charles, Princess Anne, Prince Andrew, and Prince Edward, as well as their adult grandchildren, including Prince William and Prince Harry, are featured in the documentary.

As per People, Harry said that while he missed his grandfather’s “sense of humor,” he does “miss him more for my grandmother because I know how incredibly strong she was with him there. I also know she will be okay without him.”

“The two of them together were just the most adorable couple,” the Duke of Sussex continued. “To me, knowing the cheekiness of him and knowing that behind what the world sees you have two individuals who were very much in love and both, from a very young age, have dedicated their lives to service — that is an incredible bond between two people.”

When Prince Philip: The Royal Family Remembers airs in the United Kingdom, it will feature additional memories of the Duke of Edinburgh, from his love of barbecuing to his 73-year marriage to the Queen.

Bad News For Prince Harry! His Royal Title Will Be Removed Soon.