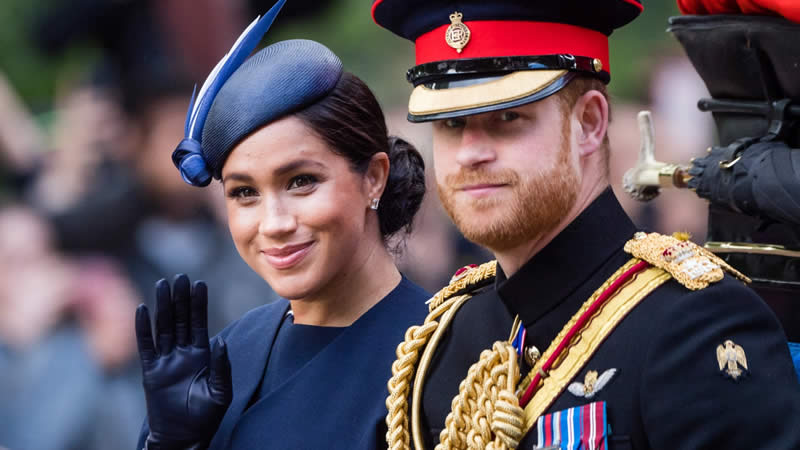 In the Royal split both he and Meghan would retain their personal patronages of charities, but the Prince would lose his official association to the military bodies he represented

Prince Harry wants to keep his honorary military titles and spend more time in the UK, it has been reported.

He is going to fight to keep his three military patronages that the initial ‘Megxit’ deal reportedly said he’d be stripped of.

On January 8 last year, Meghan Markle and the Duke of Sussex shocked the world when they announced they were quitting the royal family.

In the split it was reported that both he and Meghan would retain their personal patronages of charities, but the Prince would lose his official association to the military organisations he represented.

He was no longer to be a patron of the Royal Marines, the Royal Naval Command’s Small Ships and Diving nor the Royal Air Force Honington.

Under the current arrangement, they still have royal patronages including Meghan’s of the National Theatre.

As part of their bid for ­“financial independence” from the taxpayer, they agreed to pay back more than £2.4million of public funds used to refurbish their­ Frogmore Cottage home on the Windsor estate.

Now, the Daily Telegraph reports that the Duke of Sussex will fight to keep the three patronages he gave up.

A source, identified as a ‘friend’, reportedly told the paper: “His military work is one of the most important things to him.

“Of course he wants to keep them.”

Last month it was reported that Prince Harry would not return to the UK to arrange an extension to his “Megxit deal”, due to coronavirus.

The Duke of Sussex had planned to request a ­face-to-face meeting with the Queen after he and wife Meghan left their roles as senior working royals.

But a ban on non-essential travel in the third national lockdown meant the couple will have to stay at their new home in America.

Royal sources reportedly confirmed that the prince had “not yet attempted to contact” his grandmother to arrange a meeting, but was expected to arrange a solution in the weeks that followed.

A 12-month review of Harry and Meghan’s agreement with the Palace is due on March 31.

The Years After Separation With Brad Pitt Were Difficult, Angelina Jolie