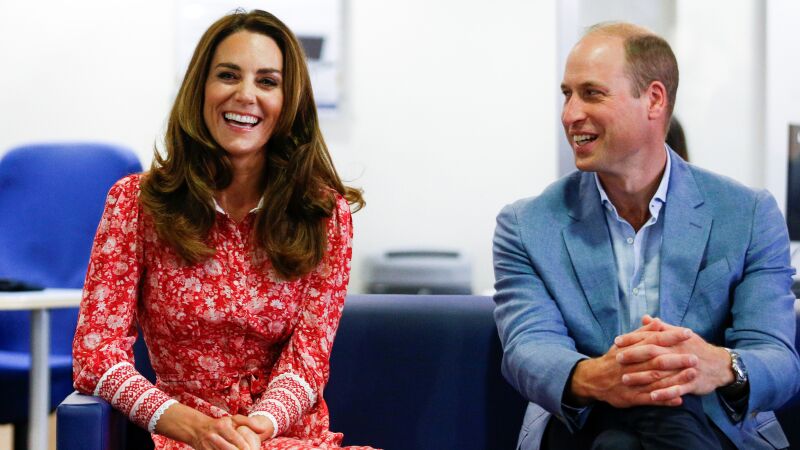 The unveiling of the Princess Diana statue is just days away, but the event is already making headlines because of the guest list. It’s not about who is invited, it’s about who isn’t invited. Besides Prince Charles taking a pass on the event for his own emotional reasons, Kate Middleton will also not be in attendance — and we think it’s a smart idea.

Of course, we all know that the elephant in the room for the upcoming reunion of Prince William and Prince Harry is a family feud. So by keeping Kate off the roster, it eliminates the possibility of her having to mediate any drama. The Duke of Cambridge does not want any tabloid noise to “overshadow this important moment of remembrance to his much-missed mother” and there will later be a “private family visit with their children,” according to a Page Six source.

Besides the sculptor, landscape designer, and a few committee members, the only other people in attendance will be Diana’s immediate family. According to The Telegraph’s Camilla Tominey, per Page Six, this was done by design so that Harry wouldn’t be “outflanked” by William and Kate’s presence. With just the Spencer family and the two brothers, this is likely the last time we will see this former royal inner circle together in this configuration. Everyone is going their separate ways and the Cambridges are carving out their path to the throne.

That fracture will probably be more evident than ever as both royals are making separate speeches in honor of their late mother instead of presenting a united front. Understandably, both of them feel differently about their lineage and sense of duty, but it truly is going to mark the end of a royal era.

Get Well Soon! The First Photos Of Tiger Woods Since His Horrific Crash Just Got Leaked

The Most Terrifying Killer Admires Lady D’ As Jesus