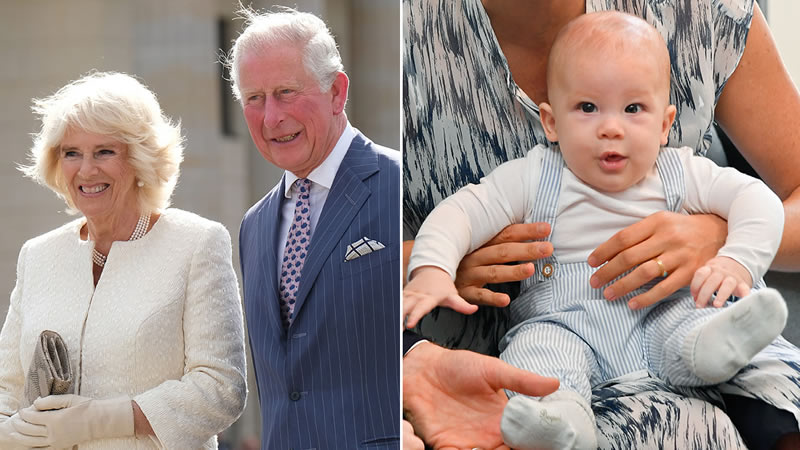 Prince Charles recently wished his grandson Archie Harrison on his 2nd birthday, the picture he posted alongside was from Archie’s christening where only Prince Harry, Prince Charles, and Archie are visible in the frame.

Prince Harry and Meghan Markle’s son Archie celebrates his 2nd birthday today! And to mark the special occasion, senior royals put aside their rift with the Sussexes and wished the couple’s firstborn. The Queen, Kate Middleton and Prince William were amongst those who wrote sweet wishes for Archie on his special day, Prince Charles and Camilla also wished him but their wish seemed to have made a snub to former Duchess Meghan Markle.

Archie’s grandparents Prince Charles and Camilla took to Twitter and wrote: “Happy birthday to Archie, who turns two today.” The photo they shared alongside piqued the interest of royal watchers as they posted a picture only with Prince Harry, Prince Charles and Archie in the frame, cropping the former Duchess Meghan Markle out.

The birthday message comes after a difficult few months for the family and countless reports of tension between the senior royals. Harry’s brother Prince William was reportedly furious when his younger brother quit The Firm. Things were made even worse by Meghan and Harry’s interview with Oprah Winfrey, in which they made several shocking claims about the royal family.

Just last week it was reported that Prince Charles, the next in line to the throne, was still “fuming” over the tell-all interview. According to US Weekly, the Prince of Wales is “still fuming” about his youngest son throwing shade at him and the royal family during Oprah with Meghan and Harry: A CBS Primetime Special, according to US Weekly’s source. However, the insider added that honestly, Harry didn’t go running back to Charles either “begging for forgiveness.” In fact, Harry “still hasn’t forgiven his father” due to his lack of effort and support when he and Meghan made the decision to permanently shift their home base.

The British Apologised For Their Mistake Made Against Lilibet