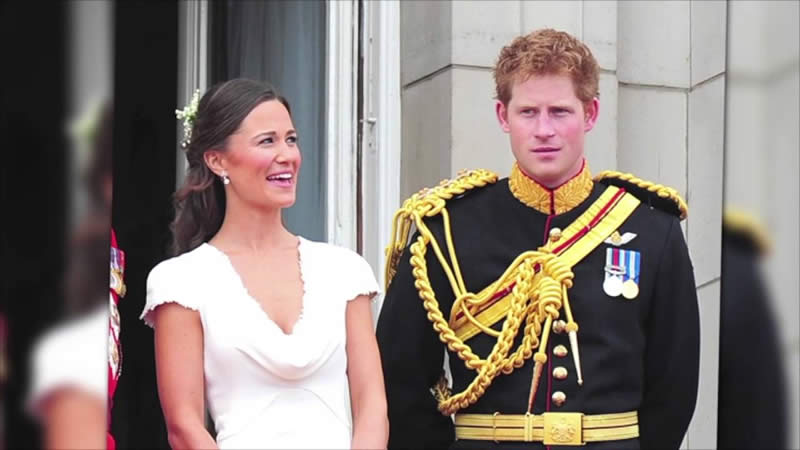 Pippa welcomed her second child to the world this month, with baby Grace joining son Arthur in her growing family with husband James Matthews. An outpouring of support has been sent to Pippa, and those inside her close Middleton family, including the likes of her sister Kate, Duchess of Cambridge, were said to be “overjoyed” at the news. Five years before Pippa and James got engaged in 2016, the 39-year-old stunned international audiences when she appeared as Kate’s Maid of Honour at the royal wedding.

Such was the beauty of her white bridesmaid outfit, some commentators even argued she had “upstaged” her sister.

But as Pippa was transformed into a household name in the aftermath of the 2011 wedding, she once admitted that her new popularity was difficult to cope with, and that she was regularly spotted by fans.

Speaking to NBC’s TODAY in 2014, Pippa also spoke of how her privacy had become tested as a result, a heartbreaking nod to Prince Harry, and his wife Meghan Markle, and some of the issues they raised earlier this month while chatting to Oprah Winfrey.

Pippa said her fame had “been a bit difficult” as she wanted to “live a life like any other 30-year-old”.

She told the show’s host Matt Lauer “people think they can say something about you online or on a web page when they would never say it to your face”.

Pippa added: “There is a lot of the pressure I get in London, just in my day-to-day routine. Occasionally I might get followed by paparazzi and that has been a bit difficult.

“It’s getting used to, sort of, not being entirely private and feeling that wherever I go, that maybe someone will spot me, and for good or bad it just means that I don’t entirely get to relax.”

She also noted the “unexpected” way she became so popular, confessing the plan was “not really for it to be a significant dress” as it was “really meant to blend in” with Kate’s train.

Asked whether she found the attention “embarrassing”, Pippa claimed it was because the dress was “meant to be insignificant”.

Harry and Meghan opted to stand down as senior royals last year, in a move to protect their son Archie’s privacy, while aiming to lead a “financially independent” life.

The Duke of Sussex explained that his main concern for his family was their security, as his royal protection was axed after they moved away from senior duties.

He suggested they had endured similar issues in their breakaway, but that he was “just really relieved” to be able to share his story with Oprah.

Harry added: “Because I can’t begin to imagine what it must have been like for her [Diana] going through this process by herself all those years ago because it’s been unbelievably tough for the two of us.

More recently, an insider close to Pippa and her family told People that Grace was born at 4.22am, and weighed 6lbs, 7oz.

They said the mother and daughter were both doing well, adding: “She’s perfect, everyone is overjoyed at such a happy arrival.”

Royal nannies tell all! What it’s like raising young royals