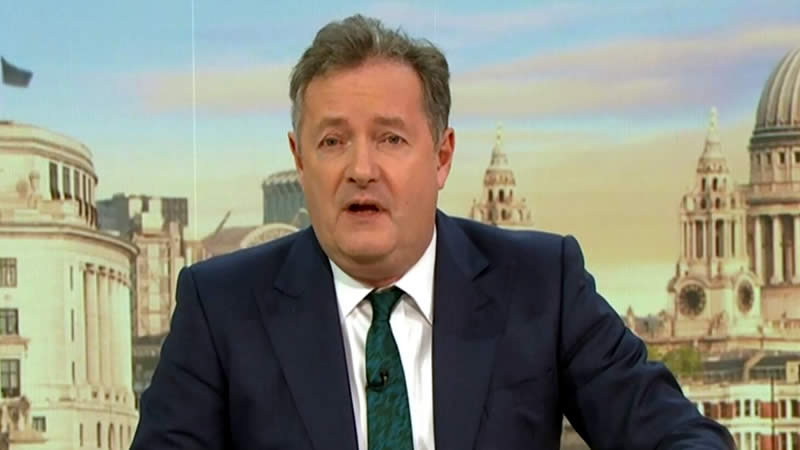 The former Good Morning Britain host reacted angrily after hearing that the former actress will speak about “women reaching economic and professional parity” at a New York Times online summit.

The mother-of-two will participate in a discussion about solutions for women to achieve economic and professional parity.

Piers, 56, took to social media to share an article about Meghan, 40,’s latest move alongside his outburst.

She will participate in a half-hour Minding the Gap session with Mellody Hobson, co-CEO and President of Ariel Investments and chairwoman of Starbucks Corporation.

It comes after Meghan purchased Starbucks coffee for staff working overtime to support paid family and medical leave in the United States.

“Nothing better promotes ‘women reaching economic & professional parity’ than giving up work, marrying a rich British prince, and ruthlessly exploiting his royal status – whilst trashing the institution that grants it – to make hundreds of millions of dollars!” Piers said to his 7.9 million followers.

Following his tweet, the ex-GMB host did not cite any examples to back up his claims.

Meghan, a philanthropist, and humanitarian, was a successful actor on the television show Suits before marrying the Duke of Sussex.

She was financially independent when she married Prince Harry, with an estimated net worth of $5 million.
In 2019, the pair resigned from their roles as senior royals for the first time.

Since then, the duo has signed a deal with Netflix to develop projects such as children’s shows, documentaries, and feature films.

The Duke and Duchess of Sussex have also signed a three-year contract with Spotify.

In March, the couple spoke with Oprah Winfrey about their decision to leave the Royal Family.

They’ve subsequently set up a new life in Montecito, California, with their two children, Archie and Lilibet.

Meanwhile, Meghan is scheduled to appear on the Minding the Gap panel alongside speakers such as US Secretary of State Antony Blinken and Pfizer CEO Albert Bourla.

Many other stars will be attending, including Matthew McConaughey and Dax Shepherd, with whom Prince Harry conducted an explosive interview on his Armchair Expert podcast.

Through her non-profit Archewell, the Duchess recently gave a $25 Starbucks gift voucher to workers who are part of a national campaign to win paid family and medical leave by 2022.

Meghan made an impassioned plea to senior members of Congress earlier this month regarding proposed parental and sick leave legislation.

She wrote: “I’m not an elected official, and I’m not a politician. I am, like many, an engaged citizen and a parent.
“And because you and your congressional colleagues have a role in shaping family outcomes for generations to come, that’s why I’m writing to you at this deeply important time – as a mom – to advocate for paid leave.”

Meghan went on to say that the COVID pandemic has revealed “long-existing faults in our communities” and that “millions of women” have been forced to leave the workforce to care for their children as the daycare centers have closed.