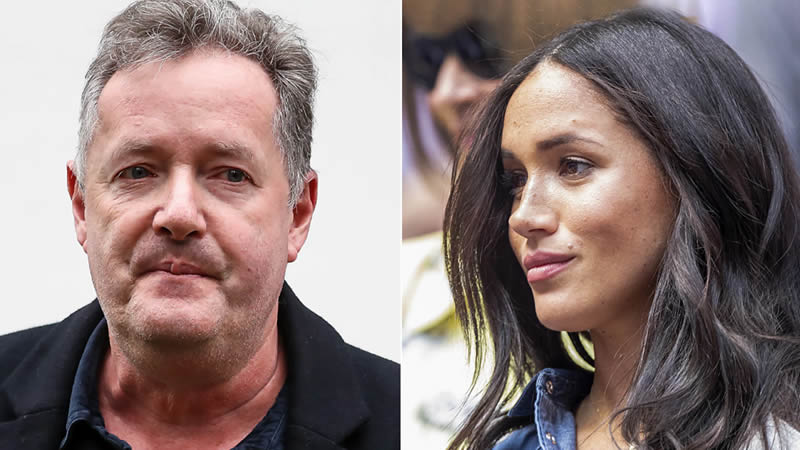 Piers Morgan is taking another jab at Meghan Markle by calling into question a claim she made about her alleged secret wedding with Prince Harry.

Morgan faced immense backlash earlier this month after saying he simply didn’t believe some of the claims made by the Duchess of Sussex in a tell-all interview with Oprah Winfrey, during which the couple made shocking claims about the royal family and their time working as senior members. The broadcaster ended up storming off the set of “Good Morning Britain” before ultimately quitting his job the day after the interview aired in the U.K.

On Monday, the TV host further questioned Markle’s believability by sharing an article from The Daily Mail on Twitter. The article reports that the couple’s claims of being married in a private ceremony, days before their lavish royal wedding, has been debunked by the release of their marriage certificate by the General Register Office.

“Do we still have to believe her?” Morgan wrote in a tweet accompanying the article.

During their sprawling, two-hour sit-down with Winfrey, the couple alleged they were married already before their May 19, 2018 ceremony. Harry confirmed in the interview that the ceremony included only himself, his bride-to-be and the Archbishop of Canterbury, who also officiated their May 19 ceremony.

While the couple may have conducted a personal, private ceremony, it was not an official marriage, as it would have failed to meet certain criteria laid out by the church.

Representatives for the Duke and Duchess of Sussex had no comment when reached by Fox News.

The official rule book for clergymen provided by the Church of England lays out the very specific circumstances for which the Church defines a legal marriage. The book states that “a couple who are already lawfully married cannot choose to re-marry each other, unless there is some doubt as to the validity of the earlier marriage.”

Furthermore, Harry’s assertion that the private ceremony took place just among himself, his bride and the Archbishop poses another problem. Per the rule book, two or more witnesses must be present at the marriage for it to be considered legally binding. It’s unclear if the Archbishop counts as one of the witnesses.

The rules also stipulate that a private, exclusive garden ceremony creates a problem, as the public is required to have unrestricted access to the building during any marriage ceremony to allow for valid objections against the marriage.

How Dieting Can Affect Your Skin