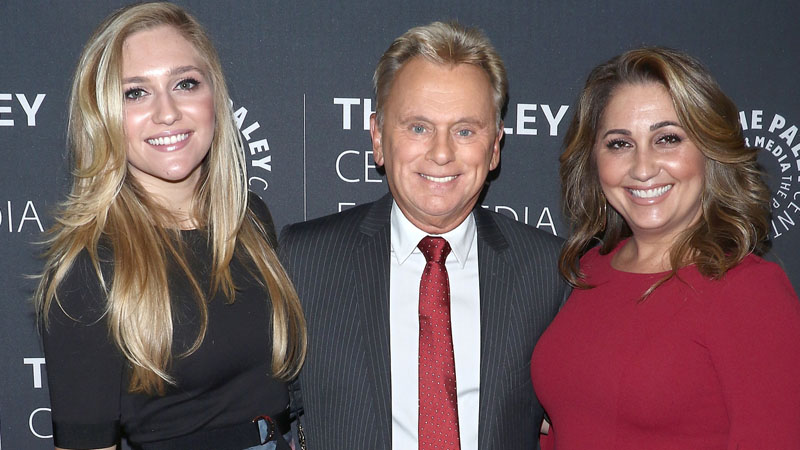 Host Pat Sajak end up with a heartbreaking message on Wheel of Fortune on Monday night’s episode. As the end credits rolled, the longtime host, 74, sadly announced that after 12 years of togetherness, his family dog, Stella, had recently died, telling co-host Vanna White that his family had to say “goodbye”.

In the typical after-show banter with White, who has a pet cat named Stella, Sajak told viewers that he, too, “had” a dog named Stella. Then he explained that why he used the past tense when referring to his canine, sharing that “we recently had to say goodbye to Stella.”

Sajak admitted that the loss of the family pet “was a very sad time for the Sajak family” and that he wanted “to salute Stella by showing you happier days.” He then went on to share photos of Stella through the years, including an image of her playing in the snow with Sajak. Sajak concluded the tribute by stating, “we’re going to miss her, she was a good friend.”

The sad news of Stella’s passing made viewers sad so they send the condolence to the family. On Twitter, one viewer wrote that they were “so sad” to learn of Stella’s death, going on to add, “my condolences are with you, Pat!” Another viewer tweeted,

“I don’t usually cry during Wheel of Fortune, but here we are.” A third person wrote, “um woah my dog just passed away Friday & tonight Pat’s talking about his recently deceased dog too? (Recently as of whatever this episode was taped.) Freaky!”

It is not the first time Sajak shared his personal with viewers. News of Stella’s death came just days after the Wheel of Fortune host shared happier news with fans: his son, Patrick Sajak, graduated from medical school, officially making him Dr. Sajak. Sharing the news and admittedly doing ” little parents bragging,” Sajak quipped that the only “troubling part” of the news is that his son “insists that I call him Dr. Sajak” said popculture.com.