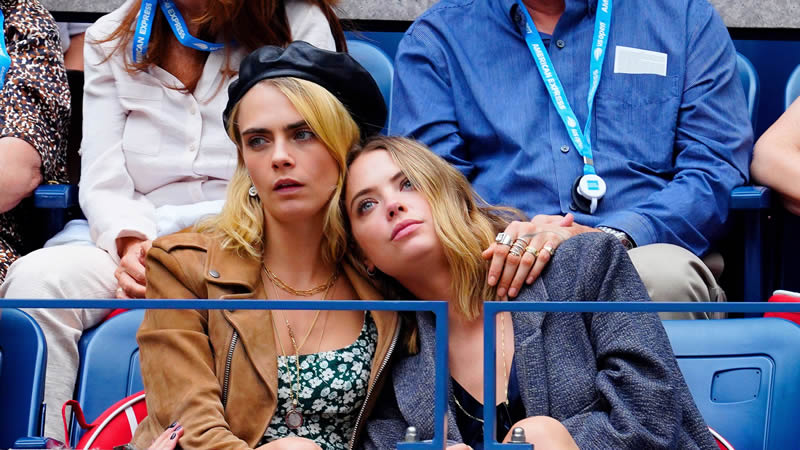 The women attended a private Oscars party together on Sunday, wearing coordinating looks — Delevingne in a Ronald van der Kemp tuxedo top and pants and Jackson in a Monique Lhuillier dress — and posing arm in arm in a photo they both shared to Instagram on Monday.

Scroll through for the photo of them:

Their stylists and makeup artists as well as the designers who outfitted them reshared the image of them.

Michael Jackson’s 23-year-old daughter, a model/singer/actress, also shared a photo of what appears to show the women with matching red rose arm tattoos.

Reps for the couple have not yet responded to Yahoo Entertainment’s requests for comment about their relationship status.

Jackson and 28-year-old Delevingne, an actress and model, first started spending time together in 2017. Early the next year, they were photographed kissing and dancing while out with her godfather Macaulay Culkin and his partner Brenda Song.

However, in August 2018, Delevingne went public with Ashley Benson. Jackson seemingly shaded that romance. Delevingne and Benson broke up in May 2020.

Last month, there was speculation that Jackson, who recently was cast on American Horror Story with Culkin, was dating actor Emile Hirsch after he shared a photo of them together. However, it was clarified that they are just friends.

Last year, Delevingne, who has long been out, said that she identifies as pansexual. Jackson has said she came out at 14. When asked in 2018 if she was bisexual, she said, “That’s what you guys call it so I guess but who needs labels.”