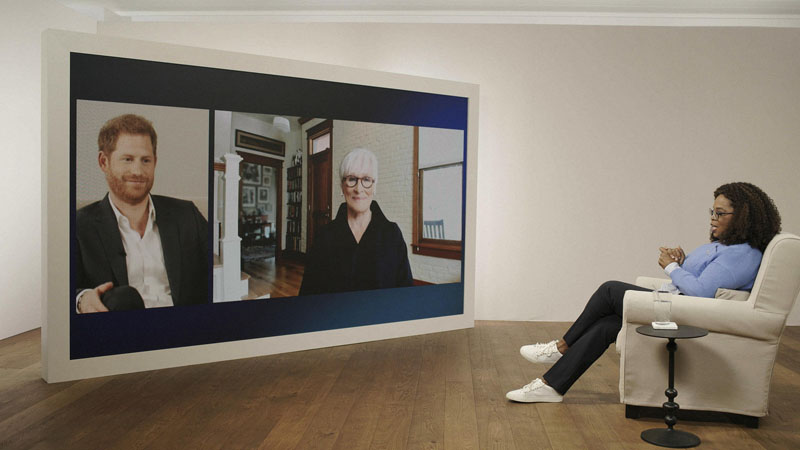 In the documentary ‘The Me You Can’t See’, Oprah Winfrey spoke candidly about her and Prince Harry’s co-produced moving mental health.

Harry is one of them who talks about his assignation with mental health difficulties in the five-part docuseries while explaining how his disturbing royal family life was a detrimental trigger factor for him.

When host and Oprah’s best friend Gayle King asked that question if Harry being as candid as he is in Oprah with Meghan and Harry and The Me You Can’t See, is going to help?

Winfrey explained that “which is the reason why Harry agreed to sit down and have the conversation, the first interview that went around the world, and in this series, you will see that we are in conversation because he knows the power of the story.

He knows that by sharing the story of his grief, with his mother, that many other people who haven’t processed their grief will say, ‘Oh, you know what, that’s what’s going on with me too,'”

Donald Trump Used to Buy the Kind of Toys Barron As A Child, Inside Source Explained