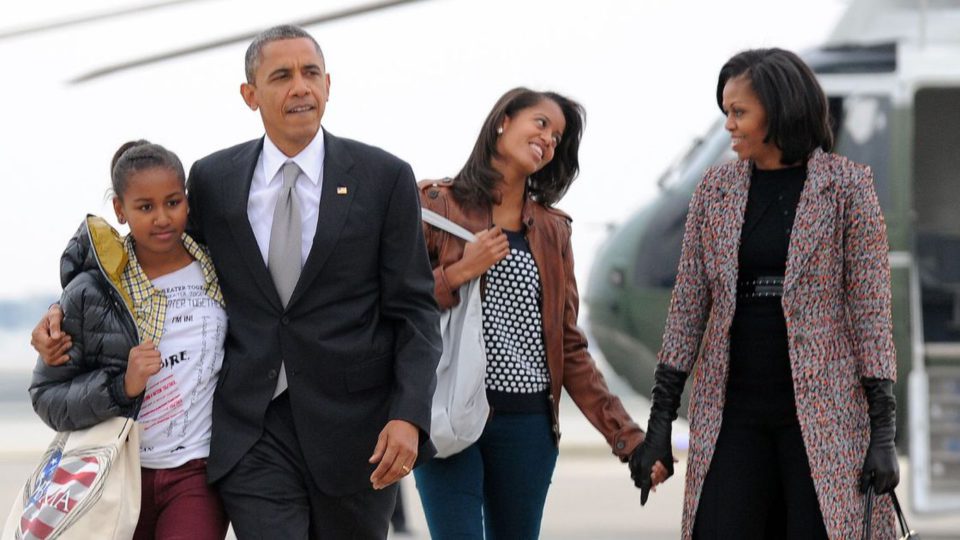 My Date with the President’s Daughter?

Barack Obama knows his daughters didn’t have it easy growing up in the public eye, which is why the former president can’t see Malia, 22, and Sasha, 19, running for a political office. During an appearance on the May 17th episode of The Late Late Show, the 59-year-old author jokingly revealed that his girls are probably still getting over having secret service with them when it came to the wonderful world of teenage dating.

“First of all, them as teenagers having secret service guys follow them when they were going out on dates, I think probably has shut down their interest in public service,” he joked. “They still have PTSD from guys talking into their wrist microphones with glasses as they’re trying to go to a music concert.”

Sounds like have a top-secret team as your third wheel maybe isn’t as fun as it sounds in theory. Even with more-than-likely awkward memories of their security detail aside, Barack had another reason of why public service may not be their first choice when it comes to future careers.

“You have to have a certain tolerance for nonsense and silliness and meanness, frankly, to go into public service,” he told host James Corden. “As a father, I want to protect my girls from that stuff. I think they are probably going to find other ways to serve rather than run for office themselves, but you never know. If they decided to do it, obviously I would be extraordinarily proud of them.”

But nonetheless, the dad of two has embodies the same pride, simply because of what they mean to him.

“They have turned into just exceptional young women,” Barack, who shares Sasha and Malia with wife Michelle Obama, gushed. “I could not be prouder of them, not just because they’re smart and accomplished, but they’re just kind people. They don’t have an attitude.”

Oprah Winfrey and Prince Harry’s ‘The Me You Can’t See’: How to Watch, Release Date and More

Do I Need a Vaccine if I Already Had COVID-19?