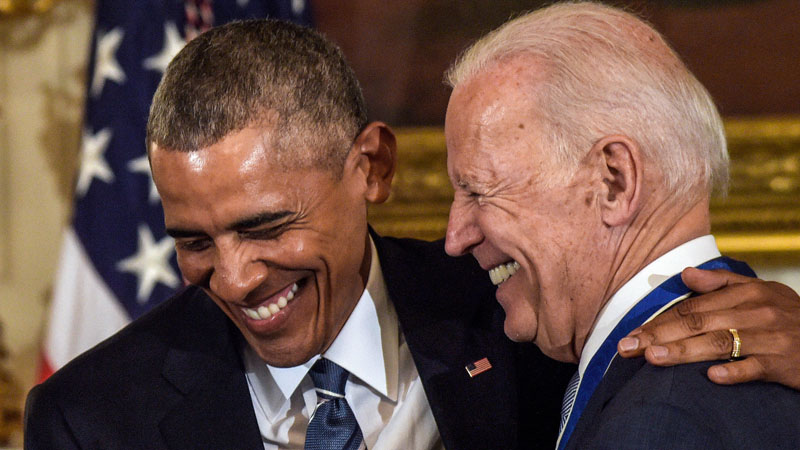 Former United States (US) President Barack Obama said President Joe Biden is “finishing the job” of his administration in an interview released on Tuesday.

According to waynedupree, The former president told New York Times (NYT) podcast The Ezra Klein Show that it’s “hard to just underscore how much the bank bailouts just angered everyone, including me,” following the 2008 financial crisis, which he noted stimulated a “long, slow recovery.”

“Ninety per cent of the folks who were there in my administration, they are continuing and building on the policies we talked about, whether it’s the Affordable Care Act or our climate change agenda and the Paris [climate deal], and figuring out how do we improve the ladders to mobility through things like community colleges.”

“I think that what we’re seeing now is Joe and the administration are essentially finishing the job,” Obama added.

Obama also reflected on former President Donald Trump’s 2016 victory, suggesting that the election win and rebound economy that sparked during Trump’s four years in office may have marred what “would have been a more impactful shift in political views towards Democrats.”

“… Let’s say a Democrat, a Joe Biden, or Hillary Clinton had immediately succeeded me, and the economy suddenly has 3% unemployment, I think we would have consolidated the sense that, ‘Oh, actually these policies that Obama put in place worked.’

“The fact that Trump interrupts essentially the continuation of our policies, but still benefits from the economic stability and growth that we had initiated, means people aren’t sure. Well, gosh, unemployment’s 3.5% under Donald Trump.”

“By virtue of biography and generationally,” Obama said, his vice-president, who is 78 and was born in Scranton, Pennsylvania, “can still reach some of those folks”.

Obama said he hoped Biden’s administration would shift the next generation of voters toward more left-leaning policies. He added that he thinks the administration’s goals such as combating climate change and creating new jobs will lead to successful policy agendas that “people will notice,” saying that “it will have a political impact.”

Obama also said a successful Biden administration “will have an impact” on a deeply polarised political landscape in which Republican states are restricting voting among communities of color and making it easier to overturn results, while Republicans in Congress block a bipartisan commission to investigate the attack on the US Capitol by Trump’s supporters.

“Does [success for Biden] override that sort of identity politics that has come to dominate Twitter, and the media, and that has seeped into how people think about politics?” Obama asked. “Probably not completely. But at the margins, if you’re changing 5% of the electorate, that makes a difference.”

Denim Shirts to Spruce up Your Appearance

Commentary: Harris Laughs Hysterically While Discussing Parents Unable To Send Their Kids To School During COVID