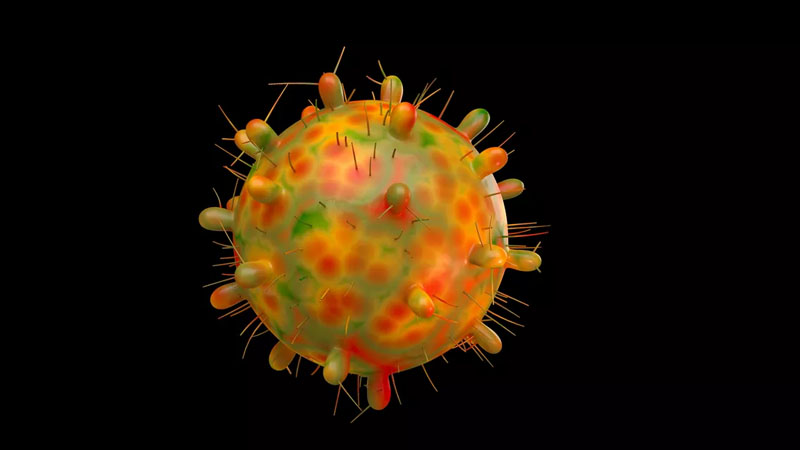 As the coronavirus continues to mutate and wreak havoc, some variants that pop up are more contagious, lead to more severe disease, and are therefore more concerning than others. Variants such as alpha and (especially) delta have proved to be more transmissible and potentially lead to more hospitalizations than the original virus.

But until a variant begins circulating in communities or squares up against coronavirus vaccines, there’s a lot of guesswork involved about how concerned, exactly, we should be. The latest variant to be named a “variant of interest” by the World Health Organization is the lambda variant, which was first documented in Peru last December, according to the WHO.

The WHO designates variants of interest if there is substantial community transmission of the variant and if scientists detect genetic changes that could make the variant more contagious or severe. The most concerning thing about lambda right now isn’t its name or its characteristics (which, as of now, haven’t proven to be any more dangerous than the other major variants out there), but the fact that it’s now the dominant strain in Peru, which has lost almost 195,000 people to COVID-19 in a country of about 32 million — or over 0.6% of the population, according to a calculation using Johns Hopkins data. That’s roughly three times the rate of deaths per capita in the US.

But this likely has less to do with the lambda variant itself and more to do with other factors that contribute to the spread of COVID-19 in Peru, including sparse vaccine access — the country has fully vaccinated only about 11% of people, according to Johns Hopkins. Other factors, including an economy that requires most adults to go to work no matter what in order to survive, and the necessity of crowded food markets and housing, also contribute to a high spread of the disease, the BBC reports.

Lambda is spreading quickly in other South American countries as well, and it’s popped up in the US, too. But as of now, there doesn’t seem to be a need to be more concerned about this variant than any other. Pablo Tsukayama, a microbiologist who documented lambda’s emergence, told the New York Times that an “information gap” is fueling concerns about lambda and that Latin America’s limited capacity to do surveillance and investigations on new variants contributes to concerns, the Times reported. “I don’t think it’s going to be worse than any of the ones that we have already,” Tsukayama said. “It’s just that we know so little that it lends itself to a lot of speculation.”

The Times also reported that preliminary studies (not yet published in peer-reviewed journals) show that while antibodies induced by Pfizer, Moderna, and CoronaVac (a Chinese COVID-19 vaccine) were less powerful against lambda than the original strain, they still “neutralize” the virus and are expected to be effective against lambda.

It’s also important to note that this seems to be the case for pretty much every coronavirus variant, as all three US vaccines were developed after the original coronavirus had begun mutating and other variants of the virus were already circulating.

In general, lambda is a cause for concern, like all forms of the deadly coronavirus, are. But as of now, there isn’t a reason to believe that lambda, specifically, will do more damage.

The information contained in this article is for educational and informational purposes only and is not intended as health or medical advice. Always consult a physician or other qualified health provider regarding any questions you may have about a medical condition or health objectives. –cnet

Bill Gates is reportedly hiding out in his mansion at a billionaires’ golf club in California that costs $250,000 to join