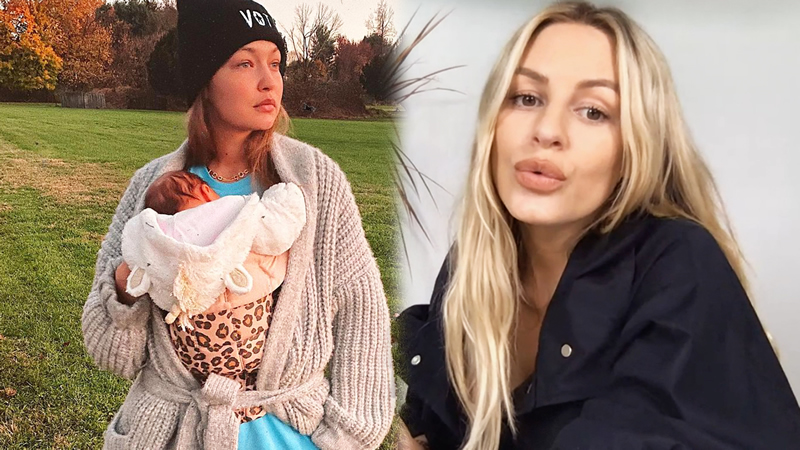 Natalie Dormer is revealing how she spent her time during the coronavirus pandemic, and no, she didn’t just bake bread.

Instead, the actress tells the That’s After Life podcast that she and partner David Oakes decided to have a baby, because, as she jokes, “What else could people do?”

“Yes, so it was a perfect thing to do during a pandemic is get pregnant and have a baby. I feel like I am probably being a bit of a cliché,” Natalie shares, before imagining how her daughter will “probably be sitting in a bar in sort of 30 years time on a date going, ‘Yeah, I’m a COVID baby.'”

The 39-year-old actress adds that it’s been three months since she gave birth to her little girl and it’s been “an absolutely joy,” even though she’s positively knackered.

“I’m never going to complain about shooting hours ever again because sleep deprivation is something else,” Natalie shares. “I completely underestimated it.”

The Game of Thrones actress also acknowledges that she underestimated how much becoming a mom would change her as person. She reflects, “You hear people say your whole perspective on life will change and your whole set of value systems will alter, and you sort of roll your eyes as a childless person and go, ‘Yeah, yeah’… And then you have one and you go, ‘Oh, wow!'”

“It really does completely alter the lens and things that did matter oh so much, there’s a whole new perspective to life, isn’t there?” she adds.

And though Natalie did not share her baby girl’s name, she says she’s “absolutely in love” with her. So much so, the actress says she’s “going to find it very difficult” to return to work when the theaters in London reopen.

The London-based actress says she appreciates stage work though, because it will allow her to spend “all day” with her daughter and work at night. “I’m just like this is perfect,” she notes.

And it’s thanks to the West End that Natalie found her match in her partner, David. The Tudors actress and Borgias star co-starred in the play Venus in Fur in 2019.

Natalie previously dated director Anthony Byrne for 11 years, but called off their engagement in 2018.

Adele working on a much delayed fourth album

Heard Lied to Prove Johnny Depp Drags ACLU To Court to Amber About The $7 Million Donation; Big Questions If Elon Musk Paid It?