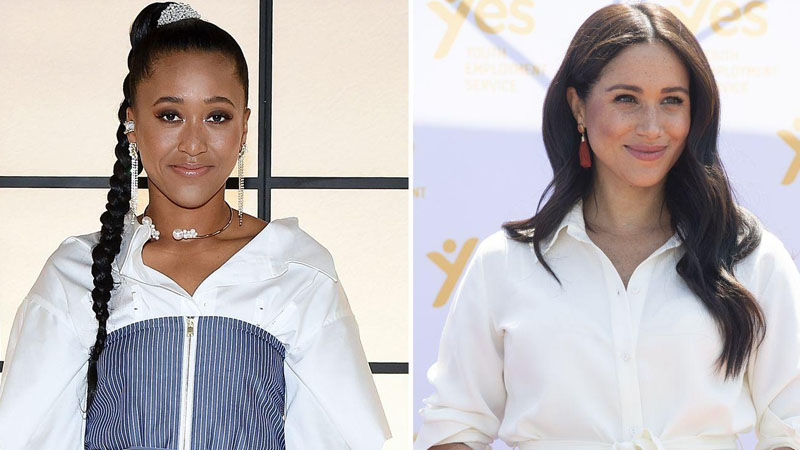 Naomi Osaka is thanking Meghan Markle for her subtle support! In a powerful Time essay titled It’s O.K. Not to Be O.K., the 23-year-old professional tennis player shared her appreciation towards some public personalities who had her back as she made the tough decision to withdraw from the French Open 2021 to tend to her mental health.

“Finally, I want to thank everyone who supported me. There are too many to name, but I want to start with my family and friends, who have been amazing,” Noami humbly penned before adding, “There is nothing more important than those relationships.

I also want to thank those in the public eye who have supported, encouraged, and offered such kind words.” Name-dropping those celebrities, Osaka revealed, “Michelle Obama, Michael Phelps, Steph Curry, Novak Djokovic, Meghan Markle, to name a few.”

Interestingly, Naomi was a guest on Meghan and Prince Harry’s Archewell Audio podcast on Spotify, for its very first episode in December as she reflected upon her 2020. Moreover, Meghan and Harry have been big advocates of mental health with The Duke of Sussex and Oprah Winfrey co-producing the moving mental health documentary on Apple TV+, The Me You Can’t See.

In particular, about Michael, Osaka gratefully concluded her essay, “Michael Phelps told me that by speaking up I may have saved a life. If that’s true, then it was all worth it.”

For the unversed, Naomi had revealed that she wouldn’t be doing press during this year’s Roland Garros to take care of her mental health. When Osaka won her first match in straight sets and did not take part in a press conference right after, she was fined USD 15,000 while being threatened with hefty fines and possibly even expulsion.

Ultimately, Naomi withdrew from the tournament herself, owing to mental health issues. While Osaka has also skipped Wimbledon 2021, she will be representing Japan at the Tokyo Olympics, which commences on July 23.

This HUGE Secret About Prince Harry & Kate Middleton Just Got Out–We’re So Sad For Them!