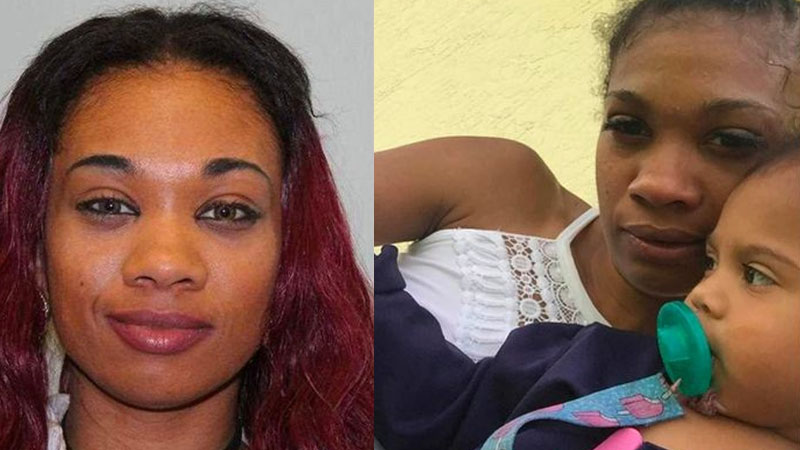 A mum has been accused of starving her seven-month-old son to death. Carla Garriques, 28, had said that she wasn’t “going to carry a fat-ass child” and claimed that she following the Bible by putting her son on a vegan diet.

She faces three manslaughter charges after her son Kemari died on October 30 2020 at their home in the New York district of Queens, the New York Post reports. An autopsy found the baby had suffered from “severe malnutrition” and was nearly 10lb underweight at only 9lbs 5on, said Queen’s District Attorney Melinda Katz.

“Tragically, during seven short months of life, he suffered from too little food and barely any medical care,” she said. “He died underweight with loss of muscle, bone, and other maladies.

“As alleged, this defendant — the infant’s mother — was the sole caregiver who neglected medical attention and failed to provide basic sustenance for life to this helpless victim.” Garriques was remanded in custody after being indicted on three manslaughter charges on Thursday.

In April, she told the newspaper how she fed her son only vegan food — claiming that she was following the Bible and wasn’t “going to carry a fat-ass child.” Identifying herself only as Garriques, 28, she held up a copy of the holy book and slapped it with her hand to explain why she imposed the highly restrictive diet on her newborn.

She said: “Vegan means that everything that’s in this Bible. “I’m very wise. I’m very smart and I read my Bible.” She also insisted that her baby wasn’t underweight and interrupted when her own mother said: “I have to be honest with you, he was small.”

“At the end of the day, he was vegan,” Garriques said. “I’m a small person. I’m 100 pounds. I’m not a fat-ass woman where I’m going to carry a fat-ass child.” Kemari was pronounced dead after being found unconscious and unresponsive when cops responded to a 911 call, according to the New York Police Department.

The police department said that the case had been ruled a homicide by the Medical Examiner’s Office and that Kemari was suspected to have been malnourished at the time. No one had been charged in April but law-enforcement sources said his mother was a person of interest, identifying her as Carla Garriques, 28.