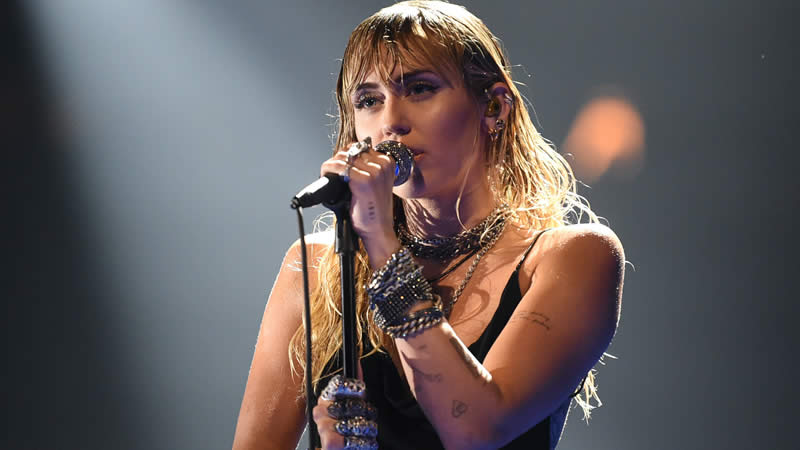 Singer Miley Cyrus just surprised fans by dropping a teaser of her new single Midnight Sky. Scroll down to see the fierce clips Miley posted on her Instagram.

Miley Cyrus is back with new music! On August 10, Cyrus dropped a teaser for her upcoming single, Midnight Sky, alongside a Rocky Horror-esque video of her lips. This is just the latest in a number of somewhat cryptic teasers the 27-year-old has posted on her Instagram, including a clip from her Start All Over video, which she simply captioned “Meet Miley Cyrus, again.”

Cyrus exudes fierceness in the clips, wearing head-to-toe designer labels. While posting one of the clips, Miley wrote the caption: “I was born to run. I don’t belong to anyone. (And yes I can run in these fucking heels cause I’m a BOSS)”

This could be hinting at a new era of music for the singer following her 2019 She Is Coming EP, as Midnight Sky seems to have an electro-pop vibe complete with a light helping of synth. Cyrus also teased that Dua Lipa had heard what the fans hadn’t. Hinting at a possible collaboration between Cyrus and British singer Dua Lipa.

Prior to this, Miley Cyrus had hinted at releasing new music during an Instagram Live session last week. The 27-year-old Malibu singer teased part of a new song. “Meet Miley Cyrus….. again. #SheIsComing #ButForRealThisTime,” she wrote on her Instagram.

Miley‘s forthcoming record, tentatively titled She Is Miley Cyrus, is expected to be released sometime later this year. Prior to the album, she released an EP called She Is Coming, which featured her single, Mother’s Daughter. She later released the song Slide Away. Until we get more details on her upcoming album, watch the trailer of Miley’s upcoming song Midnight Sky below.

Ralph Lauren to Team With Chance the Rapper