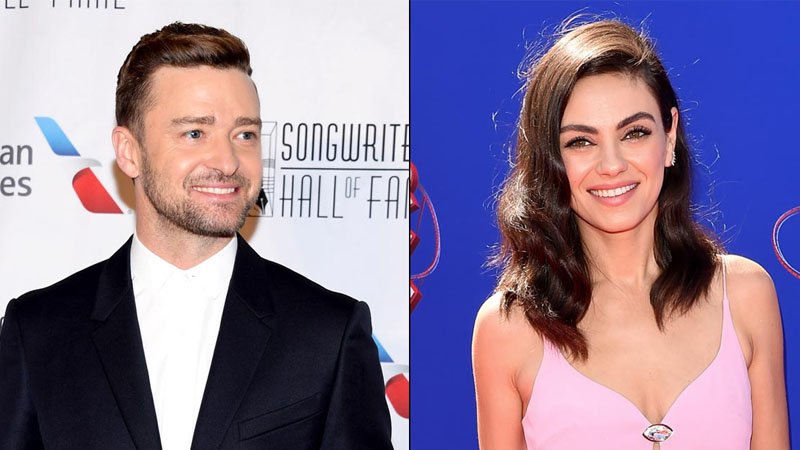 That ’70s Show fans will agree with us when we say Mila Kunis & Ashton Kutcher has been one of the cutest pairs of the Tinseltown. But, Mila’s pairing with Justin Timberlake in Friends With Benefits was indeed a massive hit with the fans. The film still holds a special place in the hearts of many.

Tackling the topic of ‘friends with benefits, the film had its fair share of making out & s*x scenes. Only a handful of die-hard Mila fans must be knowing that she slept in the middle of one such scene. Not that it was a bad position to be in (pun not intended!), but there’s an intriguing story behind the same.

Shooting for 17-20 hours in a day, Mila Kunis was hell-tired, but Justin Timberlake was well prepared for the scene. While conversing with NWI.com, Kunis said, “What happened, and what started this wonderful rumour, was we were at the end of like a 17-hour or 20-hour workday. It was a scene where Justin had to kiss my shoulder, or maybe my back.

And my face was turned away from the camera. You literally only see my shoulder and maybe my hair “ Continuing the story, Mila Kunis added, “But Justin had taken a nap during the day because he knew it was going to be a long one at lunchtime. And I hadn’t. I didn’t.”

“We were doing inserts, little cut-in shots, at the end of the day. The camera’s on me and her back. “You need your nap,” spilt Justin Timberlake.

To this, Kunis replied, “So when I realized that I wasn’t going to be seen on camera, I very politely asked if it would be OK if I closed my eyes for a minute. I think it’s important to tell your co-star when you’re about to take a nap in the middle of a scene. And being the gentleman and wonderful co-star that he is, he went, ‘Oh, sure.’”

Mila Kunis, in a different interview with The Huffington Post, also opened up about the uncomfortable s*x scenes. She had said, “We got to have very uncomfortable scenes for two weeks. I mean, regardless, there’s like 150 crewmen watching, and you see each other’s bits and pieces. The whole thing is just wrong.”

Why do facial exercises and facial massages work so effectively?

The Top 3 Things to Do in the United Arab Emirates

Jennifer Lopez: ‘My Fans Have Helped Me Through Tough Times’

Woods serves up laugh ahead of Masters Champions Dinner