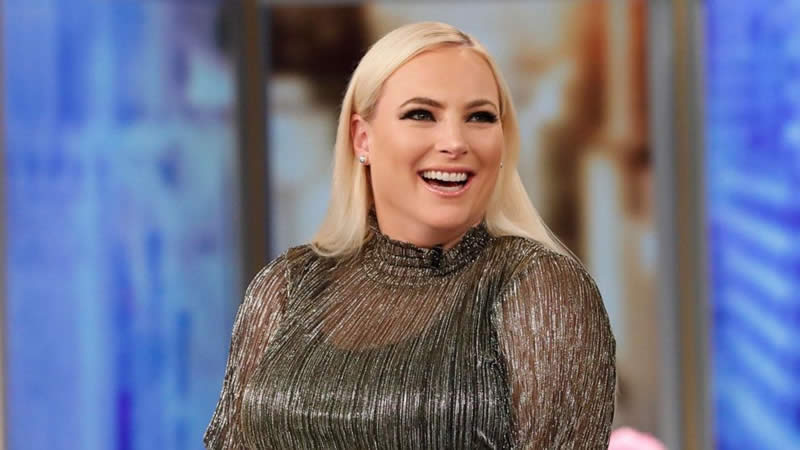 Meghan McCain isn’t letting a little snow get in the way of enjoying the great outdoors with her daughter, Liberty Sage.

The former View co-host, 37, got all bundled up with her 15-month-old daughter after experiencing some seriously heavy snowfall in her area on Monday, posting an adorable picture of the mother-daughter duo on Instagram with the caption, “Ice, ice, baby.”

In the photo, McCain is donning a navy blue parka with a fur-lined hood and a Carhartt beanie while holding Liberty, who is looking winter-ready in a coral pink snowsuit, pink boots, a fur trapper hat, and light blue mittens — perfect for frolicking around in the snow.

Earlier in the day, McCain showed her Instagram followers just how heavily it was snowing, posting multiple videos on her Story that showed practically white-out conditions. In one of the videos, snow can be seen piling up on the balcony, covering the table and chairs while giant snowflakes fall in front of the camera.

Once the snow let up, the Dirty Sexy Politics author showed the aftermath of the storm, which included icy roads, cars covered in fluffy white powder, and trees weighed down by the sheer amount of snow that had fallen.

This isn’t the first time in recent weeks that McCain and Liberty have spent time outside together in the winter weather.

Shortly before New Year’s Eve, the outspoken news columnist explored the Virginia woods with husband Ben Domenech and their daughter, captioning a cute photo of the trio on Instagram, “John Denver was right about West Virginia.”

In February last year, McCain opened up to PEOPLE about settling into her new role as a mom, saying, “[I] can’t believe how much I like motherhood, honestly.”

“I was really back and forth about whether or not I was even going to do it, and I can’t believe how obsessed with it I am,” she said at the time, adding, “I feel like the universe is laughing at me because I was so scared of having kids and so reluctant and so on the fence about it. Even when I was pregnant I was like, ‘I don’t know, we’ll see how this goes.’ “