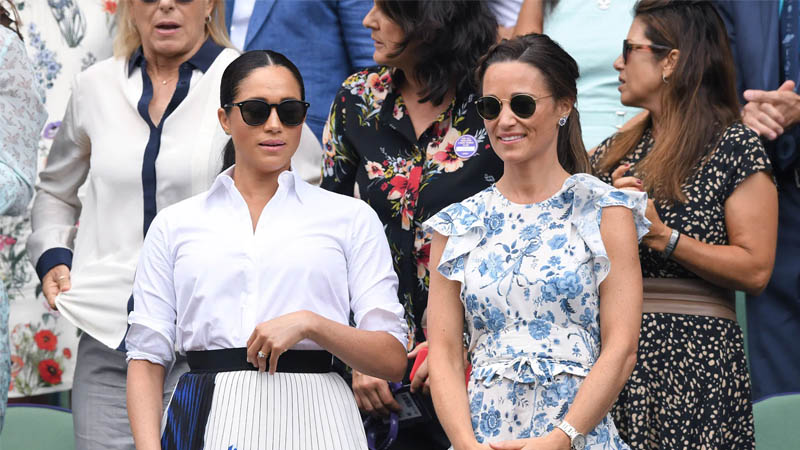 Meghan Markle was not just given a cold shoulder in the British royal family, but the somewhat hostile treatment had begun well before she officially got married to Prince Harry.

Kate Middleton’s sister, Pippa Middleton had gotten married back in 2017 and had been highly reluctant to welcome the former actor into her big day.

According to Finding Freedom, written by Carolyn Durand and Omid Scobie, Pippa was highly concerned and jealous that if Meghan arrived at her ceremony, the spotlight would be moved from her to the TV actor.

“The media frenzy that followed their every move made them somewhat of a reluctant addition to the guest list for Pippa Middleton’s vows on May 20, 2017,” the writers claimed.

“Both the bride and her mom, Carole, privately harbored concerns that the American actress’s presence alongside Harry might overshadow the main event,” they added.

That being said, Meghan was eventually extended an invitation, even if it was done out of sheer reluctance and necessity.

Meghan in the end decided to only attend the reception and stay out of the wedding out of fear that it would “create a media circus.”