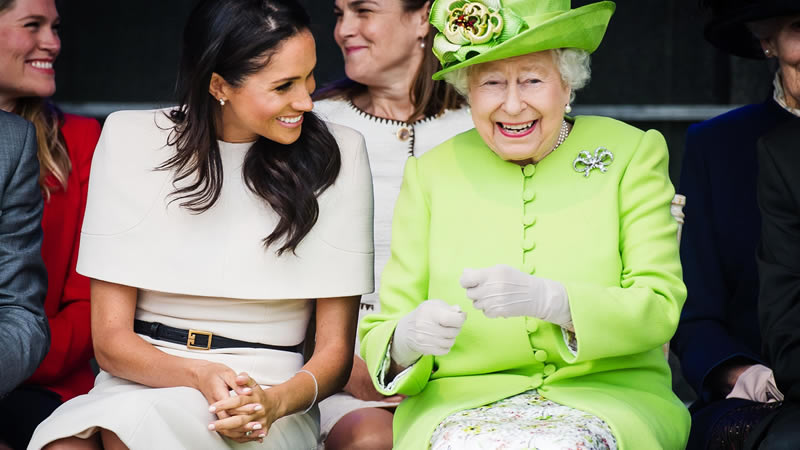 Gossip Cop examined the report, and here’s what it found out. Last year, National Enquirer published a report claiming Meghan that attacked the Queen. It described Meghan as resistant. “We’re bigger than the royal family & don’t need you.”

Prince Harry’s brother, Prince William, was not happy. They responded after this condition by declaring an “all-out war,” reassures. Markle’s ego had allegedly gotten out of control while the Queen had already bent over backward to accommodate her and Prince Harry’s selfish demand for freedom. The alleged fight was devastating for the family, and the Queen wanted it to be over, the report added.

Meghan said she never attack Her Majesty. Markle also said that the Queen has always been kind to her indifference. She also revisited their ride on the royal train and how they shared breakfast that morning. Prince Harry and his wife said that a member of the royal family raised the question about their son’s complexion but in this conversation, Queen was not involved.

The Queen also gave Markle a beautiful gift — a pair of beautiful earrings with a matching necklace. She also recalled their ride inside the car and how the Queen shared her blanket with Markle to keep them warm. The duchess said she loved Her majesty’s company.