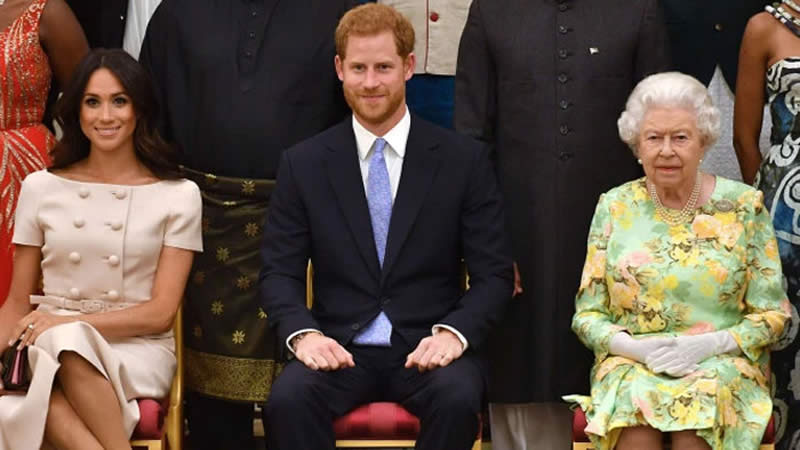 Is Queen Elizabeth offended by Prince Harry and Meghan Markle’s choice of the name Lilibet for their daughter? That’s what one tabloid was reporting.

The Globe claimed in late June that Queen Elizabeth did not approve of Prince Harry and Meghan Markle’s choice of her personal nickname, Lilibet, as the name for their newborn daughter. The term was solely used by the queen’s late husband, Prince Phillip, according to the publication, and their usage of it is an affront to his memory.

An inside source told the details, “Naming the baby Lilibet is outrageous,” adding, “I’m told Her Majesty is desperately unhappy about it and other senior royals are stunned. If the Duke and Duchess of Sussex thought this would mend bridges with the family they’ve trashed as cold, uncaring racists, they are very much mistaken.”

The informer goes on, “We expected they would include ‘Diana’ in honor of Harry’s late mother, Princess Diana. But the palace was blindsided by the use of Lilibet. What’s worse, they are abbreviating it to ‘Lili.”

Why not just name the child Lili? They’ve taken the queen’s intimate name with no regard for her feelings and turned it into what will likely become a trendsetting moniker for wannabe royals in America. It’s a total insult to Her Majesty!”

The insider added, “Nothing is too sacred for the publicity-seeking Sussexes,” adding that the name is “rude” and “demeaning” to the queen. The source drones on, insisting the choice was an insult instead of a tribute and “certainly backfired as an olive branch.” On a final note, the snitch muses, “Sadly, rather than reuniting the family, the baby’s birth has seemed to deepen the bitter rift between them.”

Is it true that Harry and Markle’s decision to name their daughter Lilibet has crushed the queen’s heart? We don’t believe this is the case. There has been no objection from any member of the royal family to the name. Moreover, the Sussexes have long claimed that they had an excellent connection with Queen Elizabeth, despite the now-famous royal divide.

According to reports, the queen was one of the first people to meet baby Lilibet through video call. Moreover, while Harry was in the UK for the Princess Diana tribute, the queen was seen driving to Frogmore Cottage and was presumed to be going to visit him.

In addition, the Globe is a little late to the party. The tabloids have had a field day since the Sussexes announced their daughter’s new name, claiming that nearly everyone in the royal family was unhappy with their decision. Princess Beatrice, according to New Idea, was the one who came up with the name “Lili” and was furious when it was taken.

Then Women’s Day grew in popularity, with nearly everyone in the family claiming to be offended by the name. New Idea then tried again, claiming that Markle and Harry were using the brand for “commercial use.” This report didn’t say anything about the name that hasn’t already been said and disputed, so what was the point?

According to Gossip Cop, again, nothing in the Globe’s account on the Sussexes seems to add up. Despite never meeting the Sussexes, the source reported last year that Liza Minnelli was assisting them in settling into LA. The publication then alleged earlier this year that Markle had Harry “trapped” and “brainwashed.” The newspaper then revealed that Markle had spent $400K on Lilibet’s nursery. This was just another attempt to make the Duke and Duchess of Sussex out to be villains – the source states.

5 Ways to Pamper Skin Before Bedtime