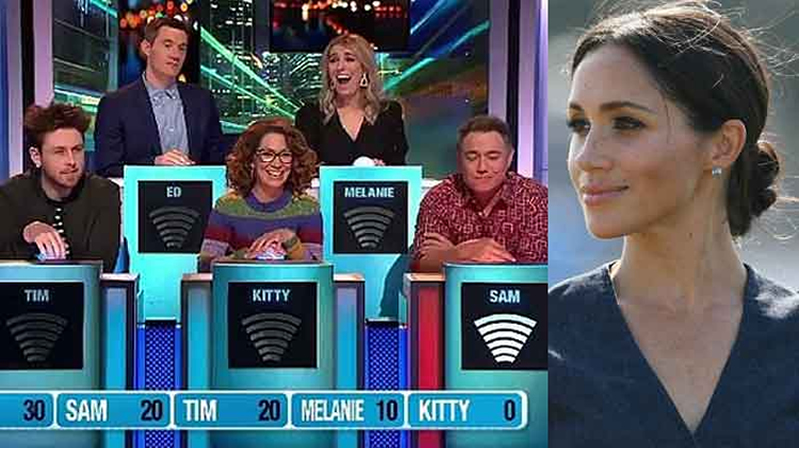 Meghan Markle didn’t have many supporters on the comedy program ‘Have You Been Paying Attention?’ as she was brutally mocked at the show on Monday.

The Duchess of Sussex was mocked by comedians Sam Pang and Tim McDonald after quizmaster Tom Gleisner asked the panel to name the first TV show she appeared on following her tell-all interview with Oprah Winfrey.

Tim was first to ring his buzzer, answering: ‘Was it… Better Homewreckers and Gardens?’ This was in reference to the Aussie show Better Homes and Gardens.

Sam was next to ring his buzzer, giving the tongue-in-cheek answer: ‘Family Feud.’

The comedians erupted in laughter once again, before Tom explained that Meghan had actually appeared on a fundraiser program called Vax Live.

It comes after Nine’s Today show host Karl Stefanovic offered an unsympathetic verdict on Prince Harry’s recent interview with the Armchair Expert podcast, during which he accused his father, Prince Charles, of subjecting him to ‘genetic pain’.

The show also aired a gallery of photos from Harry’s twenties – when he was known for his partying and rebellious nature, in contrast to his strait-laced older brother, Prince William – Stefanovic couldn’t resist taking another swipe.

Later in the program, Stefanovic criticized Prince Harry again, telling him he should follow his grandmother the Queen’s example by ‘just getting on with it’.